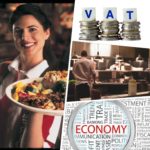 A quick review of VAT charged on restaurants in Europe shows how Greece in a bold bid to aid small business, bolster the tourism sector and reduce evasion took the plunge and reduced its VAT rate in August 2013. This dropped from 23% to 13% on a trial basis.

The experiment worked and yielded good results for a two-year period which resulted in higher VAT declarations and attracted more visitors. Similarly, we find that our main competitors for tourists that is Spain and Italy charge 10% on restaurants and on the provision of meals and beverages to be consumed immediately, even if they are made after the recipient’s order, while The Netherlands charges 6% on restaurants (excluding alcoholic beverages), takeaway food; as well as in bars, cafes and night clubs.

The trophy goes to Luxembourg as it charges the lowest rate of 3% on food and 17% on alcoholic beverages. Needless to say, we ask why Malta charges a full rate of 18% on restaurant business albeit 7% on hotel accommodation and on meals served on combined all-inclusive (including pre-booked) food and drink packages.

Now that the tourism industry is firing on all cylinders can we follow Greece’s bold experiment and drop the rate on restaurants to 5% to beat competition? The dilemma facing restaurant owners is a real one and has been fearlessly exposed last year by an interview given to the Sunday Independent by Julian Sammut managing director at Kitchen Concepts group.

He identified a sclerosis in the system that due to high taxation has blinded operators to make ends meet by walking on the wide side of the fiscal law – disregarding the real ailment of a flawed system which surreptitiously is plagued with high food cost and low margins of profit due to deep-seated problems. This may well be anathema and continuing in such an unbridled fashion may lead to tomorrow’s sectorial demise.

This article explains how burning the candle at both ends will cause the sector to implode if remedial action is not taken to tackle challenges lurking furtively under the surface. For this and other reasons PKF approached MHRA to obtain statistical data concerning viability trends of its members and ask it whether it accepts to endorse an exercise for an empirical survey. MHRA’s main sponsor is Bank of Valletta which in turn funds a quarterly study of hotel market trends.

No such study is conducted in the restaurant sector. Naturally, PKF wrote to BOV to request their support for an ad hoc restaurant study which in fact covers around 2,300 eateries yet till now there was no green light.

In the meantime, PKF as part of its corporate social responsibility has snubbed all negation of support and concluded its study having obtained details of business activity by interviewing a random selection of restaurant owners. In so doing, it acknowledges the battle-cry of Kitchen Concepts Ltd., part of the giant food wholesaler and import firm Alf Mizzi & Sons.

In his candid interview, Julian Sammut did not mince words and he shoots from the hip at the problems besetting the eateries. In his opinion, these chronic problems unless remedied may lead to a cataclysmic downfall of the tourist industry. The antidote of the problem lurks in tax evasion both on VAT, social and corporate taxes since it is an open secret that a good proportion of kitchen and waiting staff are employed at low rates or sometimes paid under the table.

This tomfoolery continues notwithstanding the honourable quest of Malta Tourist Authority to invest around €40 million annually in the sector. Sadly, ignoring the problem by papering the cracks will not solve the issue of a dire financial situation facing some catering owners due largely to a fragmented market sector.

Our survey revealed that some owners are facing increasing rents, a severe lack of entry-level staff and last but not least competition from foreigners setting up fast food outlets. The latter if owned by non-resident investors can claim substantial refunds of corporate taxes when dividends are repatriated. Such advantages are not available to catering units operated by residents.

It comes as no surprise that the pressures of competition which are marred by shortages of qualified staff (pushing wages upwards) produce a yoke on local owners to either abuse the system or stoically obey the rules and continue to trade on low margins.

As can be expected they are digging their own pit towards failure. This begs the question – does the landlord in Sliema/St Julians area earn more than the catering operator who risks so much time and energy to meet all the health and safety requirements, keep an adequate number of experienced staff yet is restrained by a glass ceiling-competition dictates menu prices.

The conundrum, if not solved, leads to money laundering by way of undeclared sales thus evading both VAT and corporate taxes. Such an abusive strategy is an inexcusable way to afford paying higher wages – necessary for staff retention. It goes without saying that such abuses do create a bi-polar structure – those who abide by the fiscal rules and suffer a lower return on capital and the rest who in varying degrees abuse of the system.

The latter also try to make ends meet by employing non-EU workers at low wages. Naturally leaders in the industry are aware that abuse exists. The finance minister is reported to have exclaimed that “This is a continuous struggle. Abuse can be limited, but never eliminated. What we need to do is address the black economy and treat it as a beast on its own. It creates unfair competition and loss of revenue”.

Readers may disagree with such arguments.  Some criticise restaurant owners saying they charge high menu rates as if they simulate a Michelin star service. Unless the situation is diagnosed by way of a scientific study one may conclude that as restaurants are always full then it is all gung ho.

Surely mounting affluence generates more entertaining sprees at good restaurants yet our paradoxical situation points to more tourists opting to book priVATe accommodation (alias AirBnB) – they seek to use savings garnered on accommodation by eating at restaurants of quality.

In conclusion, the study shows that restaurant owners face chronic challenges as mentioned above.  If a cut in VAT is approved in next budget this will certainly boost a feel-good factor now that the economy is showing a modest surplus.