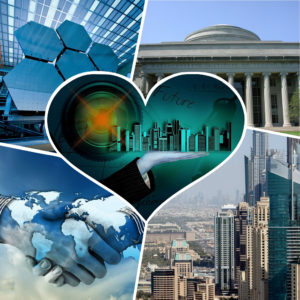 Why is it that we invest such a small amount of our national budget on research and development when compared to the EU average?  As a small country, it is no surprise that we stand rather low in the pecking order when it concerns technologies such as robotics, nanotechnology and biotechnology.

The government has made a commitment with the European Commission that the R&D target will be revised upwards to reach 2% of GDP by 2020. In 2014, total expenditure on research and development amounted to a mere €60.5 million, or 0.75 per cent of GDP. This is not putting our money where our mouth is. Having spent over 6 billion euro in debt, commentators wisely reprimand us for our profligacy.

We ought to have used it well in the past to insure a pole position in the race for survival in a competitive world. Indeed, our research landscape is relatively small with a number of government agencies involved in research activities to a small degree, but they do not have an appropriate budget for research. In a country with so few public research organisations, the resulting competitive allocation of institutional funding is not considered realistic or effective considering the fact that our only raw material is the collective intelligence of our workforce.

It is very gung-ho, when we pride ourselves on having one of the oldest universities in southern Europe and that we provide free and fully subsidised education up to and beyond tertiary levels but then really and truly we have never built a solid bridge linking the academic world and industry.  In essence, it is all about delivering jobs and economic growth to keep up with competition from other countries which continuously strive to stay ahead of the game.

A case in point is the commercial position of pharmaceutical companies in Malta, which so far produce generic drugs and mostly do their R&D overseas. Teva (previously Actavis – a producer of generic drugs) as a result of its European restructuring will be laying off one third of its workers including among others, a team of experienced operators such as lab analysts, IT experts and human resources. By sheer contrast, we read how UK Prime Minister Theresa May pledged to commit a £2 billion annual fund by 2020 for scientific research and development and proposed a review of tax incentives for innovative corporations in an effort to boost the levels of technology in industry.

The race to attract quality technology companies is a tough one and we know that the previous administration worked very hard (but failed) to attract innovators/ investors in a purpose-built ICT city – alas to breed a nexus of excellence. It was in February 2006, when the Government of Malta announced the start of framework discussions with Tecom Investments of Dubai on investing $300 million to set up a dream ‘SmartCity@Malta’.

It was 10 years ago that Austin Gatt, then minister for Investment, Industry and Information Technology, baptized this wonderful project. He visualized the project would become a cocoon of knowledge-based jobs in Malta.  The project involved the devolving of a massive plot of prime industrial land at a reduced rent – many hailed this as a mirage come true. The ambition was to beat India in its success to offer the best services-based IT hub on the planet. Due to a severe recession that hit the global markets in 2007/8, the project was substantially scaled down.

Moving on, as part of PKF’s corporate social responsibility, it is keen to act as interlocutor to help promote Malta in the field of scientific research. So far its efforts have not caught the sympathetic ear of political agencies funded to attract new enterprise. Regardless, it started exploratory talks with the head of international relations at Massachusetts Institute of Technology (MIT) in Boston, USA to evaluate the possibility of introducing Malta as a potential ICT and/or Life Sciences hub for investors, inventors and entrepreneurs.

Undoubtedly, this impressive learning institution is the pride of the American intelligentsia and other developed countries such as Singapore have regularly invested in its success since the sixties to partake of its overflowing chalice of innovation and cutting-edge research.

Another interesting landmark is the Boston-based Community Innovation Center (CIC) founded in 1999 and located in Kendall Square. This houses more than 1,000 companies in close to 50,000 square metres of premium office and co-working space across eight facilities, including its most recent expansion in St. Louis, Missouri.  A number of local high-profile companies (including top names such as Facebook and Amazon) know their baptism at CIC – including its HubSpot, which now employs over 1,100 people, and raised $125 million through its IPO last October, and Greatpoint Energy, which several years ago announced a $1.25 billion deal to build reactors in China. Additionally, Android co­founder Rich Miner built his portion of Google Android and established Google’s New England headquarters there.  CIC also has a non-profit sister organization – the Venture Cafe Foundation.

What is so special about CIC? The answer is that as an innovation centre it has succeeded to attract world class start-ups which proved very supportive for the Boston economy through the generation of premium jobs enriched with high value-added research in an impressive range of scientific sectors. Last year, it branched into Europe – opening its new start-up hub in Rotterdam, the Netherlands – the first of its kind outside of the US. But why is the Netherlands a favourite spot for such investment?  It offers a unique tax break (5% tax) to investors who make use of the unique “Innovation box scheme”. A study conducted in 2010 showed that making use of the scheme resulted in a number of top quality firms which saved €361 million in tax – two years later this increased to €743 million and the expectation is that this will rise again in 2016 to well over €1.2 billion.

Critics of the scheme assert that this innovation box is not truly the most effective way to stimulate innovation and R&D. Yet, in practice over the years it has succeeded to encourage wholesome inventions and research and development (R&D). According to the evaluation by the Ministry of Finance in the Netherlands, such a scheme can be measured such that for each euro forfeited in tax money it generates up to €0.54 in extra expenditure on R&D.

The Commission disagrees – it argues that fiscal benefits are not a decisive factor when companies decide where they are going to invest. Other unique selling points are – existence of knowledge, researchers and possibilities for cooperation but in defiance the Dutch government took new steps in fine-tuning the scheme. It is a winner in the international tax race. The government stated: ‘According to the researchers, however, it is still important to have an innovation box because the country without such a regime will soon be lagging behind countries that do’.

Back home, our tax incentives towards R&D are too weak to realistically attract double the investment by 2020. It will never reach 2% of our GDP unless we wake up and smell the coffee as the Dutch did. They smartly helped themselves to stay ahead of competition. In conclusion, our six-month tenancy as President of the EU Council can spur us to introduce incentive legislation before it is too late. Let us learn from the Dutch how they did sugar the pill for international accelerators/incubators to persuade them to set up base transferring ubiquitous innovation mirroring the success that fired so many start-ups in USA. United we can exploit the rules of the game – nostalgically praying for a Singapore in the Med.