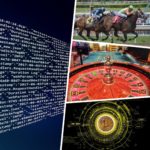 It was in 2002 that Malta launched its first unique remote gaming sports betting legislation. At that time there were few enthusiasts pushing this new sector and I pride myself as having been among the few to stick my neck out and write articles in local newspapers to promote it. Most of Big Four audit firms frowned on the topic which was considered taboo and, not being kosher, likely to fizzle out in a natural death.

The Establishment showered it with cynicism and scepticism. The editor of the newspaper used to counsel me not to write too frequently on the subject since it had connotations of money laundering and some pontificated that it could easily be abused by criminal gangs.

I still did my best to promote the fledgling industry and had the honour of licensing the first listed Australian betting company on the Malta register. Since then my firm did not look backwards and each year continued to organise international conferences hosted in competing countries while inviting established speakers on the legal, regulatory and financial aspects of licensing.

With hindsight, when still at its nursery stage, the regulator of the day did not have the budget to spend on international publicity apart from attending and erecting a stand at ICE in London – a leading once-a-year event.

14 years on and the sector is reputed to be an essential contributor to the economy, and many lawyers, accountants and other experts earn superior fees or salaries servicing it. The sector has had its baptism of fire when during its formative days, France challenged us at court to block our horse-racing sites targeting French punters and recently it was also under the lens of the Italian regulator over the activities in Malta of suspect Italian gaming units.

From its humble beginnings, it has mushroomed to attract mostly first-tier iGaming giants which may also be followed by top firms in UK that, due to Brexit, are relocating to retain EU markets. Currently, Malta is looking at repeating this success yet again by creating a regulatory framework for Blockchain-based businesses, virtual currencies and ICOs. Its potential is infinite and if Malta can position itself at the right time it will succeed as it did for iGaming. As always, the early bird catches the worm.

The challenge today is that the authorities do not repeat the same mistake when the Lotteries and Gaming Authority was formed and manned by political cronies having little or no technical knowledge on the subject apart from their allegiance to the party in power.

So, we are at the cross-roads of a major Blockchain revolution that has given birth to numerous virtual currencies. Can we take the bull by the horns and regulate this behemoth? Already three bills concerning DLT/ICO regulations were promulgated this year and one hopes that before the Parliamentary summer recess these are passed into law. Once the gun that signals success has been fired, it rests on our ability to attract international players.

In this context, most readers already know about the origins of Bitcoin and how, in 2008, the mysterious Satoshi Nakamoto published a white paper proposing a whole new kind of currency. Bitcoin peaked at $20,000 in 2017 and is now hovering around $5,000. This currency is truly decentralised with no ties to any government or financial institution which would herald a whole new concept in the ways that transactions could be carried out quickly, cheaply and anonymously – MasterCard and Visa require three to five days to clear, while a bank transfer can take up to seven days.

Today, almost a decade later, Bitcoin has a market capitalisation of an estimated $191 billion and has become trendy with players in the iGaming sphere. Given the rate of online gaming growth in recent years, as well as the steady growth in cryptocurrency usage and understanding, it is conceivable that online gambling could be one of the major uses.

This innovative system uses Blockchain technology, built out of neutral entities known as blocks. Each block is interconnected in a network which is known as a Blockchain. The way in which blockchains are set up, any record (transaction) that passes through the chain, needs to have the correct value in each block.

Let us discuss how players find difficulty in assessing their chances of winning when faced with traditional internet-based gaming since not all of them are on the level. A typical example is the case of unregulated online casinos where data, such as winnings, gaming results and pay-outs are deliberately hidden or partially obscured from public scrutiny. The solution is the introduction of blockchain casinos and sportsbooks. These are completely decentralised, with no need for an intermediary to verify transactions that provides the ultimate fair and transparent system. It is true there are restrictions by certain Central banks to purchase cryptocurrency but this glitch may overcome once virtual currencies become fully regulated and mainstream.

For example, the UK Gambling Commission currently forbids virtual currency, stating it harbours concerns over money laundering and supporting terrorism. Equally restrictive are Lloyds Bank in the UK and Bank of Valletta in Malta – which banned customers from using their credit cards to purchase Bitcoins. Other caveats for the iGaming sector include the lack of transparency when players use virtual currencies.

Typically, regulators mandate internet casino operators to know their players’ sources of funds, and to have robust systems to make sure these can be fully investigated. Critics of the virtual currencies argue that there’s just not enough transparency in such transactions to enable detailed information about a player and source of income.

Furthermore, as the system of cryptocurrency is hosted on a central network, there’s always the danger it could be hacked, thus removing protection to players. In conclusion, virtual currencies have some way to go before becoming a genuine alternative to traditional currencies.

A compromise solution may be that of licensing operations using smart contracts, managed by a distributed public ledger that is entirely transparent and which allows users to see all the information freely at any time. Quoting Megan Frydel, a brand manager at BiteMyCoin, when writing in The Times of Malta he thinks ‘that as Malta is taking huge strides into the ICO, Blockchain and cryptocurrency industry, it is set to solidify its reputation as a world leader in innovation’.

No prizes for guessing which coin will be the preferred darling of the digital world.