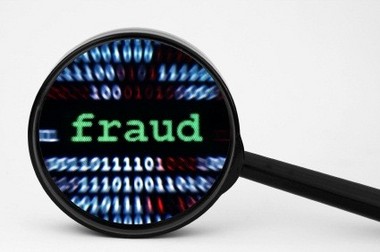 As published in the Malta Independent on the 16th December 2012

Shocking news in UK has seen regulators caught with their pants down with the sudden discovery of a rogue trader Mr Kweku Adoboli¸ who hid trades that cost the Swiss bank UBS in London the sum of $2.3 billion resulting from improper sales of loan insurance. As a consequence of this scam the U.K. banks have voluntarily set aside more than $16 billion to compensate consumers. This comes hot under the heels of recent claims that the consumer is not adequately protected by the financial regulator. Students of regulatory sciences in Malta may be wondering why MFSA ( a  single financial regulatory model)  is still in existence when as a result of recent financial mishaps both locally and more so overseas governments have pushed for a reform . In brief the article will present a case for considering splitting the MFSA into two authorities –one harnessing the prudential regulatory function and another entity having separate management to oversea the financial conduct of regulated bodies. Having all eggs in one basket comes with a price just consider how the MFSA has an onerous responsibility for the direct supervision of all regulated firms (including banks¸ insurance and Sicav’ s ). This includes both prudential and conduct of business purposes and at the same time having the duty to take remedial and timely enforcement action against firms where it identifies regulatory failures. One of the main drivers which push the way for this reform is that the split authorities will be more willing to make judgments over whether banks ‘s or listed fund’s business models or financial products pose a risk to financial stability or are likely to cause consumer detriment . The split MFSA can use its supervisory powers to intervene early.

To give an example in UK with its mighty financial industry sector has until recently boasted of a single regulator the so called FSA. Unfortunately due to a number of financial scandals that appeared since 2008 one can be excused for blaming the government and to point fingers to a  delayed reform of the single regulator. Nevertheless the blame cannot completely fall on the FSA which with its light-touch approach to regulation is now viewed as inadequate and the Coalition government had taken a decision to change its structure. The monolithic structure is to be unceremoniously split into two entities: the Prudential Regulatory Authority (PRA) and the Financial Conduct Authority and will be rebranded as the Financial Conduct Authority (FCA) with three areas of responsibility. The first being conduct of business supervision of banks¸ insurers and major investment firms this is followed by prudential and conduct of business and markets supervision of all regulated firms not falling within the remit of the PRA and finally the enforcement (although it is important to note that the PRA will have the same powers as the FCA to impose penalties and fines for regulatory breaches). Starting from April  2012¸ the FSA began to replicate the proposed roles of the Prudential Regulatory Authority and the Financial Conduct Authority¸ the two agencies set to replace it next year .It shall be subjecting banks¸ insurers and major investment firms to separate regulation fo