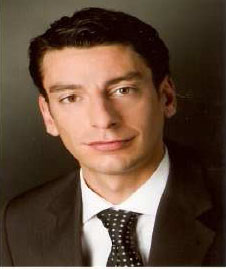 As published in the Malta Today on the 17th October 2012

The merger of EADS and BAE Systems to create a new aerospace and defense group has been cancelled with the two companies have decided to end the talks¸ they said. It is clear that the interests of the respective governments regarding the respective shareholdings could not be reconciled¸ so it is a pity that the industry could not unite. The European Aeronautic Defence and Space Company (EADS) is Europe’s largest aerospace-and second-largest defense contractor. With sales of 45.75 billion euros (as of 2010) EADS is the second largest aviation and aerospace companies in the world.

EADS is present in more than 70 development and production sites in Europe and in 35 field offices employing around 133¸115 employees (as of 2011). Since its founding on 2000 EADS shares are publically traded on the stock exchange.
The group grew out of a merger¸ DASA of Germany¸ the French Aérospatiale-Matra and CASA of Spain. Responsible for the Airbus commercial aircraft it was was created in July 2000 as a consortium of German¸ French and Spanish companies. The Eurocopter helicopters¸ weapons and satellites are among the EADS products. Moving to the other prospective partner we meet the British Aerospace Systems company named BAE Systems plc . It is a British multinational defense¸ information security and aerospace company which in 2011 was the second-largest defense contractor in the world. The British company is headquartered in London and employs 106¸900 employees in twenty countries. Besides the arms production¸ the Group is also active in the aerospace industry. Last year BAE generated sales in the defense business of $ 29.13 billion. The largest defense contractor in Europe (also active in civilian segment¸ especially in the aerospace industry ) makes a colorful array of military hardware: from warships on missile systems to combat aircraft. Here BAE cooperates with some other arms companies such as Lockheed Martin with the F-22 or the EADS Euro Fighter. BAE is linked to nearly 95 percent of total sales war business entirely dependent on defense contracts. It is concerned about the future of its U.S. business¸ with which the company generates almost half of its turnover . The Obama cuts in defense spending could result in some difficulties in the last quarter of 2012¸ when the U.S. government was trying to reduce by its gargantuan deficit.

Let us revisit the chronology of failure: the project was for some time uncertain ¸ now it’s finally failed. Both companies had believed in the industrial benefits accruing from such a combination however¸ it should become clear that the political interests of the parties involved could not be reconciled. Suffice to state that ¸ given that the three governments involved cannot even agree on where the headquarters of the new defense aerospace group was to settle¸ then such a large project is probably doomed to failure from the beginning.

The two companies were working against time to meet the deadlines set by the UK Takeover Commission to extend the merger deadline by a maximum 28 days. Apparently the promoters saw no prospect of achieving at this union linking together the governments of France¸ Britain and Germany. “Given the circumstances¸ it is not surprising me that things have gone wrong¸” ruled Etienne Durand¸ director of security studies at t