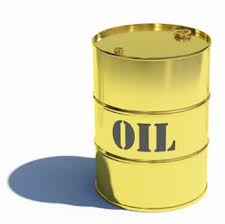 MOG claims it is well underway with preparations for its fourth quarter drilling programme in Malta. The company has completed the sale of 75% of its stake in Phoenicia Energy¸ signed a deal with AGR Well Management for the equipment to drill the Hagar Qim 1 well¸ with its operational base in Malta due to open in May.

In the update on its first quarter operations¸ MOG¸ which reflected on a positive ruling on its Environmental Impact Assessment (EIA) for Ombrina
Mare in Italy¸ said it generated revenues of 3.05 million (£2.6mln)¸ an average realised price of 0.31 per standard cubic metre (£0.26mln per scm).
Net production¸ meanwhile¸ in the three months was 9.9mln scm¸ with average daily production totalling 110¸000 scm.

Chief Executive¸ Bill Higgs¸ said: “We have had a busy start to what is going to be an important year for MOG as we gear up for the drilling programme in Malta in Q4 2013….We are financially strong and continue to build our cash position from production.”