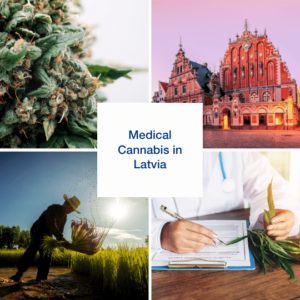 Cannabis and marijuana made from it are one of the most famous and widely used intoxicating substances. Although it is common to link the use of cannabis and marijuana to intoxication for entertainment purposes, medical cannabis is widely administered in medicine to relieve pain and alleviate symptoms of serious illnesses like cancer. However, Latvia’s legislation does not authorize the use, cultivation, or distribution of cannabis punishing the offenders with a several hundred euro fine.

Despite these restrictions, appeals of cannabis decriminalization or legalization appear from time to time in local media, creating a great fuss among experts and society. These appeals are in line with practices existing in other European countries e.g. Georgia and Luxembourg and their actions. The latest commotion was observed in 2019 when Latvia’s neighbor country Lithuania decided to allow the use of medicine containing medical cannabis for treatment purposes. In response to the decisions taken by Lithuania, some Latvian activists prepared a petition for decriminalization and legalization of medical cannabis.

The former received around 500 signatures, while the latter gathered twice that number of signatures. In the past 10 years, several similar campaigns were initiated to advocate the use of cannabis, the biggest of them being a petition in March 2015 for the decriminalization of cannabis which was signed by more than 10 000 members of society and submitted to the Parliament. Despite the effort, the proposal was rejected in September using the old and worn-out argument of drug damage. To smooth things out, some officials appealed (and still do) that it is necessary to continue discussions about this matter, but the initiative should come from the doctors and experts.

However, it seems that there is a certain disagreement between the ‘experts’ themselves. While oncologists and pain doctors see benefits of allowing administration of cannabis in the treatment of patients, other doctors are more cautious and scrutinize the decriminalization or legalization of cannabis claiming that after all cannabis and marijuana are and will remain a narcotic substance. A small group of experts point the fingers to society and argue that society is not ready for such a dubious and controversial step.

It may as well be true because the society is quite divided (although not that much as doctors) in regard to the use of cannabis in medicine. 2018 survey carried out by the research center SKDS revealed the negative sentiment of the society on the subject. Around 78% of respondents think that cannabis should not be legalized, while only 15% supported the idea. Although the proportion of those advocating the use of cannabis has grown in the past 10 years, fluctuating from 7% to 15%, this group is still relatively small and weak to make a bigger change.

The society’s negative attitude towards cannabis might be a result of Soviet heritage. The USSR prohibited the use of cannabis in 1974. After the collapse of the USSR, less than 2% of the population used cannabis, though in a short time the use of cannabis and marijuana skyrocketed to the levels of Western Europe, although these substances were acquired illegally. This might be the reason why Latvians almost 30 years later still look at the use of medical cannabis with suspicion and doubt.

Even though the use of cannabis and marijuana is illegal in Latvia, it is the most widely used narcotic drug. EMCDDA data suggests that in 2017, around 10% of adults in age from 15 to 34 used cannabis while cannabis resin and herbal cannabis were top 2 seized substances. In the same year state police seized 50 marijuana farms while in 2016 this number reached 49 farms.

Although the illegal acquisition of cannabis and marijuana is mostly for entertainment purposes, some use it as a medical treatment and face legal consequences. Therefore, legalizing the use of cannabis for medical purposes might take off some patient’s pressure and decrease the acquisition of illegal cannabis. On the other hand, officials fear that such a decision might alleviate getting cannabis and marijuana for the use of non-medical purposes.

Exporting cannabis would bring millions of euro back to the country with added value and would also improve research and development on medical cannabis in local universities, institutes, and companies producing medicinal products.

In spite of persisting commotions and the potential of it becoming a million-euro worth industry, the use of medical cannabis is still quite controversial in Latvia and it seems that it will not change any way soon. However, everyone can agree on one thing: this is a discussion worth having.