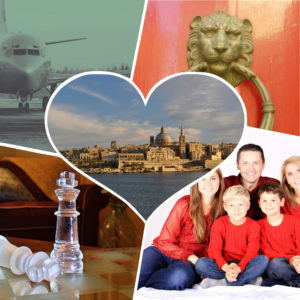 Malta has the ninth ‘most powerful’ passport in the world, on par with Iceland, according to this year’s Passport Index.

The index is drawn up by combining the ranking for visa-free travel, together with visa-on-arrival ratio, with the country’s score as attributed by the UN Development Programme Human Development Index.

Malta was given a score of 150, falling two places from last year. Despite being ranked in the ninth position, there are actually 27 other countries with passports that are more powerful, as a number of countries were given the same ranking.

Over the past two years, Malta has issued almost 700 passports to wealthy individuals in exchange for cash, generating at least €200 million.

The most powerful passport in the world remains Germany’s, with a visa-free score of 157, followed by Sweden in second place with a score of 156.

Sharing the third spot were Finland, France, Switzerland, Spain, South Korea and the UK, each given a ranking of 156.

Iraq and Pakistan were at the bottom of the rankings, at 93rd and 94th place respectively. Afghanistan has the very worst-ranking passport in the world, coming in at the 95th place and a ranking of 24.