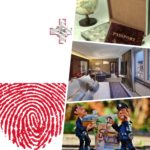 The Organisation for Economic Co-operation and Development (OECD) has published an open consultation paper asking due diligence professionals how they can “prevent the abuse of investment migration programs to circumvent the CRS” (Common Reporting Standards).

Interested parties have submitted their comments on the misuse of CBI/RBI schemes and on effective ways for preventing such abuse by 19 March 2018.

The OECD has recently published a warning to the Finance Minister that Malta is anticipated to be placed on the list of abusive schemes. It is assessing how investment migration programs can be exploited to circumvent the CRS by assessing the possibility of abuse of residence & citizenship programmes circumventing CRS by checking the rules prevailing in five countries namely UAE, Cyprus, Malta, St Kitts and St Lucia.

These countries offer schemes that allow foreign individuals to obtain citizenship or temporary or permanent residence rights in exchange for local investments in government bonds plus a fee or by a combination of a fee and a substantial investment (or by renting) of real estate investment held for a prescriptive number of years. Exceptionally there is an option to invest a fixed capital sum in new enterprises to generate a minimum number of jobs.

Other indications that migratory schemes are prone to abuse is where the scheme is offered by low/no tax jurisdictions or in the case of those having a special tax regime for foreign individuals. Suspect jurisdictions include those which exempt foreign source income remitted by the applicant.

Prime facie the Malta scheme is administered exclusively by the concessionaire Henley and Partners which won a government tender to administer the scheme and are entitled to a fixed percentage on income generated by the passport scheme (a number of accredited agents were later allowed to introduce applicants without such participation rights).

The citizen-by-investment scheme is only granted after the applicant proves that he/she was resident during the year before the passport is granted. Both the passport by investment and the visa residency scheme currently in force in Malta are only granted after passing a thorough due diligence test by the authority. Applicants need to either buy or rent residential property for five continuous years and this cannot be sub-rented. The requirement under the Malta scheme oblige applicants to have a real, permanent physical residence address (and not just a PO box) and a requirement to evidence an association with Malta during the year preceding issue of passport.

Both schemes do not offer automatic tax residency to applicants.

One may ask why applicants venture to invest such hefty sums in a foreign country. There are a number of legitimate reasons – these include enjoying greater mobility to EU or USA and /or visa-free travel for their family to seek medical treatment or better education. Applicants residing in countries suffering from political instability may also wish to reside in another country with better prospects for security and career prospects.

Simply put, one needs to check whether such schemes may, if not properly monitored, offer a backdoor to money-launderers and tax evaders who wilfully abuse the residence or citizenship rights to siphon ill-gotten gains through the respective jurisdictions- bypassing the CRS filters. Reporting under the CRS is based on tax residence, not on citizenship or the legal right to reside in a jurisdiction. One needs to be careful and not tarnish all the five countries mentioned above with the same brush.

Most citizenship/residence by investment programmes, per se, have nothing to do with tax evasion/avoidance yet one needs to examine them closely to check whether there are ways how schemes can be abused by applicants to obtain tax residency as a pretext for avoiding true declarations under CRS rules. An example of such abuse can be illustrated in a scenario where an individual who is not habitually resident in one country succeeds to cheat the system by claiming to be resident for tax purposes solely in such jurisdiction.

Having obtained residency (not tax residency and /or domicile) say in one of the five countries means that he is not taxed unless he is employed or remits inward revenue. An abuser will try to open the account with a licensed financial institution in a third country claiming that he is tax resident in one of the five countries by submitting documents such as certificate of residence, ID card, membership of local clubs, donations to charity and valid utility or telephone bills. Such income will not be reported in the CRS declaration by the abuser who purposely omits to mention his true tax residency to the financial institution.

CRS mandates that a subject person reports all jurisdictions of residence for tax purposes yet an abuser may opt not to declare the entire world-wide income in his self-certification exercise. This is tantamount to money-laundering.

From an analysis of the information gathered out of the public consultation exercise one can mention a few comments by major institutions in the migration sphere. The International Migration Council (IMC) believes that all jurisdictions should help to reduce the possibility of abuse by issuing a mandatory Certificate of Tax Residence by the competent Tax Authority as only this constitutes conclusive evidence of the validity of such tax residence.

IMC strongly urges the OECD to review and to further strengthen the CRS due diligence procedures, particularly regarding ongoing monitoring of the status of account holders. IMC thinks that the current approach by the OECD is seen as too broad and is unlikely to help the organisation achieve its aims.

Finally, Transparency International recommends that all jurisdictions offering passports or visas should regularly publish in the official gazette a list of all individuals and their dependants, including information on their country of origin and any multiple citizenships. Access to this list should be available in open data format. Authorities are expected to monitor successful applicants to ensure all fulfil the requirements of the programme.

Properties purchased or rented as part of the programme should be officially registered in the name of the applicant and not in the name of nominees.

Finally, host countries should give adequate information on how funds collected under such schemes are used and these should be subject to regular audits. One augurs that Henley and Partners, exclusive concessionaires to a number of countries including Malta, will rise to the occasion and together with the competent tax authorities, fine tune their schemes to match stringent transparency rules mandated by the OECD.