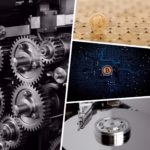 This article shows how fragile our industrialisation policy is.

One can say that since Independence this policy was not based on attracting cutting-edge technology and the transferring of intellectual talent but on a concerted effort to solve mass unemployment.

In the late sixties the government resorted to a number of measures such as giving tax perks, including ten-year tax holidays, public land on the cheap and various monetary incentives so long as the investor guaranteed creation of jobs.

Nobody doubts that this policy attracted cycles of investors and our political leaders cheer us up telling us that apart from building a tourist infrastructure and light engineering, we welcomed investors in the ‘cut-make-and-trim’ textile operations – largely attracted because of our comparatively low labour cost. Such a nascent textile industry was not adequately capitalised.  It was based on assembly, sewing, making-up and pressing of garments without any R&D or innovation/design units.

As such, unique intellectual capital concerning design was not transferred to local factories by foreign investors. The obvious consequence of this weak industrialisation policy was that once wages increased beyond a certain level there was a mass exodus and in no time all the industrial estates became a ghost city.

Replacement of the textile industry in the late eighties was followed by attracting other manufacturing units which included (but were not limited to) pharmaceuticals, microchip, printing, engineering, some foundries and Playmobil investors. All these have a common denominator – they do not carry out any recurrent R&D studies in Malta.

This is an industrialisation policy which cries out for reform. We need innovation and disruptive technology. Just note how competition from Eastern European countries is intensifying and we risk being exposed to another exodus of our industrial pillars as wages are gradually revised upwards.

Readers ask – what is the solution?  The answer is that there is so much disruption created in modern manufacturing techniques which include robotics, artificial intelligence, Blockchain systems and nanotechnology that relying solely on three pillars of tourism, iGaming and financial services is unwise.

Advanced economies are facing a cultural and educational revolution that requires them to nurture young entrepreneurs to explore innovation while their country invests more in attracting overseas talent. The target set by the government to reach an investment level equal to 2% of GDP in R&D by 2020 is higher than the current level achieved of around 0.7% – this amounts to a mere €60 million.

Other European countries have been keen to attract innovation to their shores and even grant exciting incentives fully approved by the Commission.

This year saw the inaugural launch of new “Innovation Box” tax rules in Netherlands, which was fully approved by the Commission after the OECD put some pressure on Netherlands to change the old scheme which has been successfully running since 2007.

The old scheme has been providential to attract many R&D companies to set up base in the Netherlands and claim tax exemptions reducing the rate of corporate tax to a preferential rate.

Therefore, instead of taxing the full amount of profits at the corporate income tax rate of 25 percent, only one-fifth of such profits may be taxed at that rate.  This means paying an effective tax rate of 5 percent. The incentive applies to self-developed (meaning in-house) technology and creation of other intangible assets, such as the know-how for a new product or for a new production process.

Another bonus in this Innovation box scheme (which was never introduced in our tax code and does not feature in 2018 budget proposals) is the treatment of losses in the start-up period.

In my opinion, the ‘innovation box ‘is a clever way how to attract multinational companies to set up R&D centres. The building blocks of a successful industrialisation policy start with nurturing start-ups (both local and those attracted to migrate here).

For this purpose we need a paradigm shift in our mentality to attract FDI that is sustainable and is anchored on fundamental research conducted through business accelerators. But simply throwing money at the local SME’s scene will not automatically create more members of that Billion Euro Club, whose members in US are known as “unicorns”.

These start-ups don’t exist in isolation.  It is true that many of them fail to create success.  Sometimes the causes of such failure are the lack of careful nurturing in an ecosystem, which comprises a mosaic between venture capital, angel investors, mentors and the bricks and mortar where the start-ups weave their magic.

Since many a year, locally we have run incubators – which are more about providing bricks and mortar and a place to work and not so successful as they still have the connotation of ‘life support’ instead of the paramount quality of inculcating the ambition to innovate and do something bigger and better. The solution which proved successful in the USA was the accelerator business model, whose origins are most often attributed to a vibrant start-up scene.

These form part of the much-desired ecosystem that fostered Airbnb & Uber (so called Unicorns now worth billions).

Why is it so hard for Malta to start enjoying the success registered at other innovation centres run by universities such as MIT, Stanford, Oxford, Leiden and others?  Naturally the output of graduates from our educational institutions can either result in a brain drain or ideally, they can be motivated to populate innovation/research centres of international repute.  Regrettably these centres are non-existent locally and as stated earlier there is no impetus to sustain cohorts of talented graduates who simultaneously receive seed money, office space and mentoring in exchange for a percentage of equity.  What do such centres do?  Broadly speaking, they help new ventures define and build their initial products, identify new customer segments, and secure resources, including capital and employees.

More specifically, we need accelerator programs that help cohorts of start-ups – these are usually of limited-duration, lasting about three to eight months.

They also offer a plethora of networking opportunities, with both peer ventures and mentors, who might be successful entrepreneurs, program graduates, venture capitalists, angel investors, or even corporate executives.

To conclude this essential innovation reform may sound like a dream which can only happen if the government agencies can do a Saul of Tarsus and see the light of inspiration.

Those pertaining to the old school lament that in reality our destiny is hampered with limitations due to our limited size and geographical location – away from the mainland of Europe.

Surely, we have come a long way since the frugal times when our island was a fortress economy and with pride we earned our ‘A+’ rating endowed by credit agencies.

This gives us courage and determination and without any doubt proves us to be a cohort of talented and resourceful people.