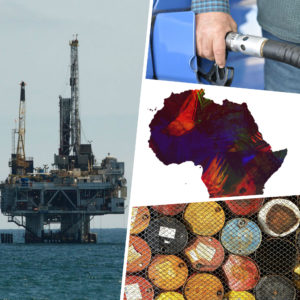 When still on the Opposition benches Evarist Bartolo (now education minister) had written an article in MaltaToday on 17 February 2012 lamenting how badly had Malta played its cards when in the past it turned down an offer for a free connection via a gas submarine pipeline linking Libya and Italy.

In his article, he lamented that it was in 1999 when the Italian energy giant Eni wanted to lay a gas pipeline from Libya to Sicily through Malta but they abandoned their plans because when they approached the local authorities, in his words – they found them to be “too greedy”. The pipeline is now completed with a cost of over €7 billion yet as the saying goes it is all water under the bridge.

Just recall how in the words of Bartolo the Italians were shocked by the acquisitive Maltese given that it turned out they asked for more than is normally considered acceptable to carry out such projects. With hindsight we realise how such a gas pipe connection is priceless and this merits our full attention given that the energy minister is proposing that in the near future, once the gas pipeline to Gela is functional, then there is a strong possibility to take the next step for hosting a gas exchange.

Bartolo argued that had the pipeline extension been secured and is operating we would have had the security of supply and would also be guaranteed very good pricing albeit the instability in Libya has deepened.

Two years ago, we hosted a high-level EU event with the participation of the Cyprus government and other political leaders to discuss security of gas supply with the main theme being ‘the role of gas developments in the Mediterranean region’.

On that occasion the concluding remarks by Gunther Oettinger, the EU Energy Commissioner, sounded ominous as he remarked: “For the EU, stability in the region is important for our own security as volatility, rivalry and unrest could spill over into the EU. Security of gas supply is of particular mutual interest and reinforcing the regional trade in gas would be of significant benefit to gas producers and consumers in the EU, North Africa and the Middle East”.

Readers may ask how can Malta, with no proven discovery of hydrocarbons, ever aspire to become a hub? The answer is that due to geophysical realities, the EU is looking for further diversification of gas supply sources and routes so the North African and East Mediterranean countries can be encouraged to develop their strategies for oil and gas exploration. Cyprus, Greece Egypt and Israel have recently discovered large gas fields in the Levant basin joining the growing list of gas producing countries in the area. Lebanon has also recently issued a number of offshore fields for exploration.

Needless to say that the scenario is set for a stable supply of natural gas, which has the potential to change the energy landscape in the Eastern Mediterranean. Due to the economic benefits of abundant gas discoveries in the Levant basin, it is expected that producers will try to find safe export through cross-border pipelines to reach northern Europe and loosen existing Russian dominance. Reuters was quoted saying that turmoil in Libya has given a fresh spur to energy companies looking for big finds further afield to supplies from more politically secure countries.

This begs the question – countries such as Egypt, Morocco, Albania, Italy, Lebanon, Croatia, Greece and Spain are busy chasing investment in offshore acreage, so why not us? Can one hope that Malta becomes proactive and stop using a laid-back policy of “do not seek them let them come to us”?

Undoubtedly Malta is geographical well situated to offer investors the potential of untapped offshore reserves which, if successfully marketed, can offer tempting terms for explorers without the security risks plaguing Syria, Iran and Libya. In the race for oil supremacy the flavour of the month is Morocco, as it succeeded to attract investors with the promise of a link to the energy-rich formations of west Africa, while in Malta there has been limited if any marketing outreach by the government, such that no drilling was licensed for the past decade even though seismic studies show hopes of an extension of our Continental shelf into Libyan and Tunisian proven geology.

For example, Cairn Energy, which has been licensed to conduct a seismic test in Maltese waters at area 3 in the north close to the lucrative Vega oil fields, is reported to have moved to drill in offshore Spain where it sees geological similarities with Israeli waters, home to three of the largest offshore gas fields.

Cairn started drilling a well in Morocco at a cost of around $80 million where a number of companies hope to target billions in barrels of oil, estimated but as yet unproven. According to Wood Mackenzie, the Moroccan government is proactive to attract more investors and last year reduced its share of cash flow produced from any oil or gas field to about 30 percent, which is much lower than what was typical paid in Algeria, Libya and the rest of the North African and Middle East region.

Officially Malta does not make public the rate of tax it charges on production sharing agreements but one hopes government becomes more transparent in its tax policy as this does lead to new opportunities. It is encouraging to read that once Malta succeeds to attract adequate investment in its vast largely untapped acreage then operators are better equipped as they can now make use of modern technology. Still, there is a feeling of déjà vu among islanders, considering the saga of Hagar Qim well – a failed attempt of 2014 and most would prefer that the government goes slow on promoting the sector and preferably put its money where its mouth is… i.e., supporting the public expenditure such as salaries and significant investment in free healthcare and pensions.

It is idle consolation to conclude that now that oil prices have dropped it is futile to continue in efforts to explore the waters. It is true that oil giants like BP and Shell are shedding workers and only concentrating on proven fields while the huge shale oil fields of US and Canada are feeling the pinch from drastically reduced oil revenues and have started to trim overheads with a number of rigs out of action.

Notwithstanding this spell of low oil prices the long-term view is that stability will return and prices may reach the $70/$80 range by end of year. More recently, the development of unconventional sources of oil and gas in the United States has led to a revolution in energy flows and policies, and in a brief period of six years it has become a substantial gas exporter albeit at higher extraction cost.

As a result US domestic and regional supply is quite vulnerable to price fluctuations and as stated earlier the drop of oil price to $52 per barrel has sent shock waves through the US producers whereas despite the relative low cost of production in Middle East, only a few of the region’s smaller states could cope with an price drop below $100 – most are currently running an annual budget deficit.

To conclude, it is true that our exploration activity has so far left us with a bitter taste as we reflect on our vast acreage delineating the Continental Shelf – but the future beckons and the recent proposal by the energy minister to turn Malta into an exchange for secure gas supplies augurs a brighter future.