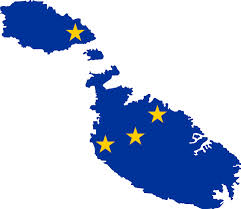 On the 1st of May 2014¸ Malta and the European Union will celebrate their 10th anniversary of association. This membership is honored by Maltese performance of 2013. Indeed¸ while the Euro zone has a 0.5% GDP growth¸ the little island hits a 2.2% growth[1]¸ with a good feeling for the future.

Back in 2004¸ Malta was a strong but undervalued country. On May 1st 2004¸ 10 countries join the EU. Since 2005¸ Malta appeared to be one of the strongest countries within the European Union. Malta’s economy dealt with a 3.55% average growth until the crisis. In 2013¸ it is definitely back on track with one of the highest GDP in Europe¸ when the EU28 remains breathless.

Thanks to its integration in the EU¸ Malta’s reputation has increased¸ and tourists are more numerous every year. Its entry into the Euro zone in 2008 and in the Schengen area in 2007 made it one of the most attractive places for tourists¸ investors and retired people. Malta’s economy looks like its weather¸ thanks to a sustainable economic model¸ confirmed by the improvement of its balance of trade.

2014 is an important year for Malta. It is the 10th anniversary of its entry in the EU¸ but also its 50th year of independence and the 35th year since Freedom day.

According to Prime Minister Dr Joseph Muscat: “the Malta of today doesn’t just stand on its own two feet¸ it punches above its weight”. We are a respected independent nation¸ part of the European mainstream¸ enjoying excellent relations with our neighbors’ and countries worldwide.”[2] This attractiveness keeps on rising with the improvement of Maltese’s legal system to lure investors and its ability to be one of the driving forces of growth within the EU. The Maastricht convergence criteria were respected and enable Malta to enjoy “sound” and “sustainable” public finances.

More than ever¸ Malta is open and keeps on opening its door to a world that seems glad to deal with it. The integration of the island in the European Union made the country a worldwide source of interest¸ due to its dynamism and its culture¸ illustrated by a rich architecture and History. Maltese government is still making a lot of effort to favor its legal system in order to attract people. And attraction¸ both with the EU and its people¸ is here and rises year after year¸ making the island a central point in and for Europe.