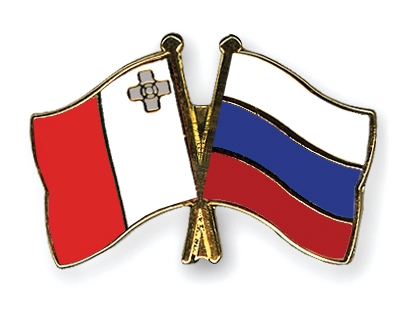 On April 24th 2013¸ Malta and Russia have signed a double taxation avoidance agreement¸ which is expected to be ratified shortly.

The agreement was signed at the Russian Finance Ministry today by Maltese ambassador Raymond Sarsero¸ and the Deputy Minister of Finance¸ Sergey Dmitrievich Shatalov.

Foreign Minister George Vella stated that the signing of this agreement reflected his ministry’s commitment to promote direct investment to Malta and facilitate trade exchanges.

The signing of this double taxation agreement continues the drive to conclude tax treaties with important trading partners as well as emerging nations.

1. Treaty to benefit persons residents of only one Contracting State at any given time;

2. Dividends: Russian resident company payor to a Malta resident and beneficial owner thereof¸ tax so charged in Russia shall not exceed:

3. Interest & Royalties: Maximum WH Tax on payment of Interest and Gross Royalties
from Russia is 5%.

4. Russia uses the ordinary credit method (similar to Malta) and contains a tax sparing provision requiring both Contracting States to give relief by crediting foreign taxes against the domestic ones¸ regardless of the actual tax paid.

5. Definition of Permanent Establishment includes profits from services as follows:

6. Where a Maltese enterprise performs services in Russia:

7. This Convention shall apply in respect of income derived during the taxable years beginning on or after the first day of