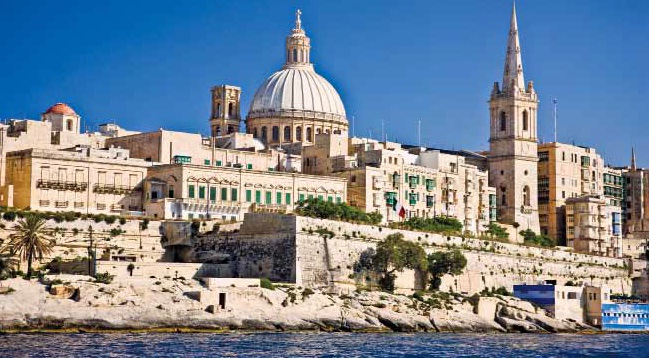 Malta¸ despite being a resilient success story in the EU¸ rarely makes the global headlines. So when the tiny island nation became the focus of the massive evacuation effort from troubled Libya¸ the influx of international journalists who descended on the islands was quite remarkable. Suddenly images of reporters standing against the stunning backdrop of Valletta’s bastions¸ a UNESCO World Heritage Site¸ were being beamed around the world. Malta’s role as a humanitarian hub¸ for those escaping the turmoil in Libya¸ was being positively lauded and the country received some well deserved recognition.

Prime Minister David Cameron spoke with warm gratitude about Malta’s instrumental contribution to the repatriation of UK citizens¸ “I thank the Maltese Prime Minister personally on behalf of the country and¸ not for the first time in our history¸ we should pay tribute to Malta and her people for the role they are playing.”

When Cameron welcomed Gonzi to Number 10 in May this year¸ there was a strong nod of acknowledgement about the critical role Malta plays in the region. Apparently keen to explore with Gonzi what the two countries¸ “Can do to help make progress in North Africa and the relations we have with the countries of North Africa¸” Cameron explained¸ “I think your experience¸ knowledge and relationships will really help us to understand that region better.” This is important recognition for Malta¸ a country that¸ because of its status as the smallest EU microstate and its distance from Brussels¸ has often seemed sidelined.

As Dr John C Grech¸ a prominent economist and Maltese businessman¸ points out¸ “We are examining how we can increasingly make Malta a location which foreigners look to when they want to do things regionally and when they want political accessibility. We use diplomacy to get our point across and we do this despite our limitations; using our geography¸ the spirit of the Maltese to survive and our ability to be dexterous¸ in order to actually deliver value.”

As Dr John C. Grech¸ also an academic who teaches Economic Diplomacy at the Mediterranean Academy for Diplomatic Studies at the University of Malta¸ holds true the belief that diplomacy is the essence of the way that we manage our relations with other people worldwide; confirming that¸ “In reality we are living in a period where¸ particularly in the Mediterranean¸ Malta’s role is very central. We fight for our humanitarian role because we believe it is exactly this kind of role that our size and our location lends itself to. However¸ I also feel that we can take a number of political and business initiatives that could make a difference.” Malta as a springboard to the MENA region is a theme that is incre