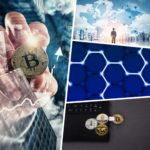 Malta is keen to portray itself as a hub for Blockchain technology as is witnessed by its efforts to roll out three new pieces of legislation seeking to achieve that aim. Having said that, it is not the first jurisdiction wishing to do so and there is cut-throat competition to drive the Blockchain bandwagon as is proved by looking at Japan’s endeavours in that respect.

In April of this year the Japanese government has, by way of legislation, officially recognised bitcoin as a medium of payment, as well as, endorsing eleven companies in the country to provide cryptocurrency exchanges. Over the months the use of bitcoin has been steadily increasing and this is probably attributable to the Blockchain-friendly legislation of the country. Japan is hoping the introduction of Blockchain can help to boost its economy.

Japan’s Financial Services Agency (FSA) is distinguishable in its all-embracing approach to Blockchain technology, in contrast to other jurisdictions that have had a dismissive attitude. Having said that, Japan witnessed the implosion in 2014 of Mt Gox, a bitcoin exchange based in Tokyo that caused the loss of $437 million worth of bitcoins. Following this crash, the Japanese legislator has had to intervene to safeguard the interests of consumers and public order in general. Ironically, such bad experiences have made the FSA more knowledgeable about handling virtual currencies such as bitcoin.

April of this year has seen the rollout of Japan’s Virtual Currency Act. Some of its highlights include: i) a definition of ‘virtual currency’, ii) granting the FSA the ability to regulate and issue licenses within the virtual currency sphere and, iii) a reform in tax regulation that although not part of the Virtual Currency Act now facilitates international investment in the bitcoin market.

Notably, the Initial Coin Offering (ICO) market in Japan is more active than the average rate across the globe and reportedly 2.7% of the population has at some point invested in bitcoin. Chinese bitcoin exchanges are said to be keen to move their ICO businesses to Japan. The FSA published a statement in November of last year warning ICO investors against two identifiable risks. The first risk is that ICO tokens are volatile by their very nature, with the possibility of becoming worthless overnight. The second risk is that ICOs may be maliciously used to defraud unsuspecting individuals. Besides the implosion of Mt Gox, Japan has subsequently suffered another blow in its cryptocurrency reputation with the cyberattack of Coincheck that cost an even more disastrous loss of approximately $500 million.

Meanwhile, the third largest online brokerage, Monex Group Inc., is all set to build its own Blockchain platform besides having acquired Coincheck for US$33.6 million. Following the Coincheck hack Japanese authorities have become less liberal of cryptocurrency trading platforms and are carrying out more extensive scrutiny. The FSA is now asking Japanese-based cryptocurrency platforms to increase their level of data security, and this has caused a number of cryptocurrency exchange operators to withdraw their applications with the FSA.

As proof of its tighter regulatory policy the FSA has officially issued a warning to Blockchain Laboratory which is an unregistered ICO based in Macau and carrying out trade in Japan. The FSA had already drawn Blockchain Laboratory’s attention to refrain from carrying out its activities in Japan and if it continues ignoring the FSA criminal charges will be filed in its respect.

In Japan’s recently amended laws, crypto exchanges operating in Japan are now required to be registered with the FSA. The FSA has newly released a set of rules for cryptocurrency exchange applicants in their bid for registration with the FSA aimed at preventing another repeat of the Coincheck embarrassment.

The first of the amended requirements states that a cryptocurrency exchange agency shall not store currency in computers connected to the internet and when affecting a currency transfer multiple passwords are to be in place. The second recent requirement is about the prevention of money laundering and mostly focuses on stricter customer due diligence. The third requirement is the proper management of customer assets carefully separating them from exchange assets. The fourth amendment wants to ban cryptocurrencies that offer too high a level of anonymity making them easy vehicles for money laundering practices. The fifth and final update of the requirements calls for more internal security measures thus employees working in the system development section must be segregated from the asset management sector.

Fujitsu is a prominent Japanese organisation in the IT industry that is investing in Blockchain technology. Its objective is to offer customers a loyalty points scheme based on the technology.

Mistubishi UFJ Financial Group (MUFG), Japan’s major bank, has developed a distributed financial ledger for the better advancement and cost-effectiveness of payments. In partnership with Akamai, an American tech company, it has designed and developed a Blockchain capable of handling a million transactions per second with a future goal of extending it to 10 million transactions per second. MUFG and Akamai’s Blockchain technology is technically termed ‘permissioned’ – this means only a computer that has been pre-verified may join the network.

Clearly, on the whole there are conflicting opinions about Blockchain technology, more so in the ambit of cryptocurrency. Some countries have been more arduous than others with China being renowned for coin-mining and Switzerland has enacted bold legislative steps to embrace digital currencies. Japan, as hinted above, has a reputation of being techfriendly and has maintained that reputation even in the case of cryptocurrencies, even if with the setbacks already outlined.

Interested parties wanting to know more on how Malta is gearing itself to become a respectable Blockchain and virtual currency hub in the Mediterranean, may contact Marilyn Formosa on marilyn. formosa@pkfmalta.com.