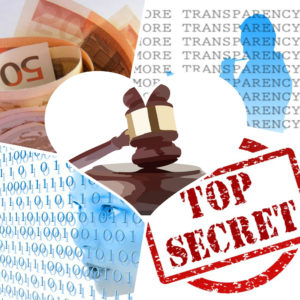 It has been a rough ride for SMEs this year where it concerns public procurement by government for external services.

A litany of complaints has reached sky-high levels coming from bidders for government tenders, some of which are so elusive; and yet nonchalantly the government pronounces itself to be tightly regulated under EU laws and transparency regulations.

As can be expected, the European Union promotes a strategy of transparent, fair and competitive public procurement across the Single Market in a drive to business opportunities, foster economic growth and create jobs.

SMEs try hard to gain access to win government tenders and even after they fail, they toil to remain competitive and technically competent to be eligible for the next opportunity. It goes without saying that prejudice against newcomers on the market is ingrained in the establishment, which is traditionally cornered by established forms/consultancies. This reigns supreme (particularly for professional services) and many SMEs wait in the eternally re-generating queue to enter the Pearly Gates of accredited firms.

In this cognizance one reads about legislation at EU level, which aims to overhaul the current public procurement rules and for the first time sets out common standards on contracts to boost fair competition and ensure best value for money by introducing new award criteria that place more emphasis on environmental considerations, social aspects and innovation.

It is hoped that the rules will also make it easier for small and medium-sized firms to bid. A typical case which concerns an invitation to tender by WasteServ for the selection of an external auditor to provide audit services for five years. The author applying on behalf of PKF tendered and was the cheapest among five bidders (criteria for selection was exclusively on price).

The evaluation committee wrote to PKF nine months later informing it that the tender had been cancelled on the grounds that “the economic or technical parameters of the project have been fundamentally altered”. This is weird. WasteServ is a limited liability company and is bound to put to tender calls for engaging an auditor to fulfil its statutory audit requirements. PKF appealed to the Public Contracts Review Board (PCRB – members appointed by the government) on January 15, 2015, stating its objection; sensing foul play.

The bidder approached the Review panel with its views that as WasteServ is obliged under Companies Act 1995 to submit its accounts for audit then prima facie nothing changed to fuel WasteServ’s whimsical cancellation of the tender nine months after its issue and after opening the bids for public display.

The argument was made that if the parameters of the tender had fundamentally changed as implied by the contracting authority then the rules state that first it returns unopened all bids and then cancel. Regrettably this was not forthcoming.

The underlying binary code to this poor excuse for a cancellation transpired within the first minute of the hearing in front of the review panel chaired by a retired auditor. The chairman made reference to a direct order having been awarded, to one of the other bidders in the original public call, and who was not the cheapest bidder therein, at a time when the cheapest bidder and appellant had not yet even been notified of the cancellation, let alone had their opportunity to present their objection.

The result was a blatant discrimination among the five bidders – i.e. choosing the second cheapest.

The remorse in the decision statement was merely a board of Appeal feeling ‘perturbed’ by the perceived lack of ‘prudence’ in the contracting authority’s behaviour. No word about verification or affirmation, no intervention or even citing of the proper clause in the regulations, that in fact were not seen to have been properly invoked or upheld by the contracting authority or PCRB respectively, as no transparency was offered or sought at any point.

The remedy: A mere ‘recommended’ refund of objection expenses, that can and often is not upheld by the contracting authority under a claim of covering own objection hearing expenses.

The public at large may overlook this case, saying that it is not an earth shattering example since the audit budget was under €50,000. Seasoned bidders warned us that they prefer to sit back, lick their wounds and stay put as otherwise to protest is counterproductive.

Readers may be interested to know that the senior partner of the preferred bidder happens to represent the government’s interests and was recently appointed as the chairman of a leading local bank. Natural justice leads us to believe that transparency needs to be manifested and be seen to be applied in public procurement not only for materials but equally so for professional services.

Another annoying factor is the low balling that is permitted to prevail in government tenders for professional services where recent statistics show how last year out of a budget of €102.4 million government awarded tenders worth only €59.8 million. This is due to the praxis that services can be procured at the cheapest price regardless of other requirements and in my opinion this policy has in some instances encouraged a race to the bottom where prices are concerned.

Another anomaly is that bidders are not allowed to know the budgeted figure as this is always refused by the Department of Contracts – they have no guide how to bid unless they were previous auditors (in case of audit tenders).

When can we reform the tendering system in order that SMEs have a level playing field? Can the present system be reformed, since the Director of Contracts in most appeals acts as an operator and not as a regulator? This means on appeal, the bidder has to confront opposition on two fronts. There have been attempts in the past by government to decentralised public procurement rather than having it centralised where all tenders are funnelled in one department thus risking less transparency, efficiency and flexibility, and more bureaucracy.

The penny finally dropped and some weeks ago the government announced changes to its procurement procedures, in a bid to make it easier and cheaper for companies to seek government contracts. The official pronouncement stated that such new regulations will also bring Malta in line with EU directives. Each ministry will set up its own procurement office, that will be responsible for processing offers for government contracts worth between €10,000 and €250,000 handed out by authorities that fall under their responsibility.

At last government acceded to change the role of the Department of Contracts from that of an operator to a regulator. All calls for tenders will now be made online through an Electronic Public Procurement System and will no longer be judged on price only. The award of the contract will be based solely on the ‘Most Economically Advantageous Tender’ which takes into consideration price, cost/quality ratio and be linked to the subject matter of the contract.

Award criteria must also now be contract-specific and large contracts are to be divided into lots, in order to assist access to SMEs. The Public Procurement Review Board with all its present members shall remain in office – some may fear it is old wine in new bottles. With all the good tidings of Christmas one augurs that the joint statement issued last October month by finance minister Edward Scicluna and principal permanent secretary Mario Cutajar launching the reform will lead to a better New Year for all SMEs.

It is not too much to expect that Malta becoming the next president of the EU, tries to guarantee that revised procurement regulations will make it easier and cheaper for small and medium businesses to bid for public contracts. Thus, only will the four principles of transparency, equal treatment, non-discrimination and proportionality be respected.