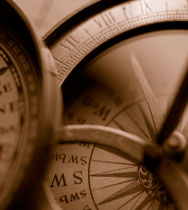 As published in the Malta Independent on the 14th October 2012

The phrase “Winter of Discontent” is from the opening line of William Shakespeare’s epic play about the tragic reign of Richard III. “Now is the winter of our discontent” lays the groundwork for the portrayal of a king who is a discontented man living in a kingdom that hates him. It is also an expression¸ glorified by the British media¸ referring to the winter of 1978–79 in the United Kingdom¸ during which there were widespread strikes by unions because the Labour government was introducing stiff austerity measures (a pay freeze and cuts to control rampant inflation).

Some of the challenges currently facing the British government¸ announced at the annual Conservative Party conference held this week in Birmingham are hauntingly familiar. The tabloids have reported Prime Minister David Cameron urging Britain to work harder to rise above the country’s economic woes¸ warning that it faced a sink or swim moment to avoid falling behind its global competitors. Britain must find more spending cuts to reduce the budget deficit¸ after a double dip recession this year scuppered plans to reduce the deficit. The Opposition has lambasted the Tories¸ saying that the UK had wasted billions of pounds on wars that no one else in the EU wanted (or contributed to very much) and that is why the UK economy is on its knees.

Inevitably¸ Greek-style austerity measures will start to kick in next year¸ but like an ostrich hiding its head in the sand¸ the British say it will not affect them because they have not felt much pain as yet – but¸ regrettably¸ there is no hiding from the poisoned chalice.

Cameron takes pride in blaming poor exports on the sluggishness of the euro counties. He smirks at the efforts by Brussels to buttress the single currency and prides himself on being a resolute Euro sceptic. Cameron¸ much to the delight of the powerful anti-EU wing of his Conservative Party¸ earlier last year used the veto to keep Britain out of a European fiscal and economic pact aimed at resolving the eurozone debt crisis. In his words: “People in Europe know I mean what I say. I sat around that table¸ 27 countries¸ 26 of them signing up to a treaty¸ and I said: ‘This is not in Britain’s interest. I don’t care how much pressure you put on¸ I’m not signing¸ we are not having it. They know that I’m capable of saying¸ no¸ and if I don’t get a good deal¸ I’ll say no again.”

He boldly suggested that the EU should at some point split its next seven-year budget into two – one for the eurozone and one for the countries outside the single currency¸ including Britain – advocating a two-speed Europe. All this is happening as member states are hoping that the next budget should at least be increased to cover the rise in expenditure due to inflation and to continue supporting the less affluent countries. The UK opposes such increases. In a recent interview with the BBC¸ Cameron reiterated he would use Britain’s veto to scupper budget talks if necessary¸ warning the 27-nation bloc that it needed to learn to liv