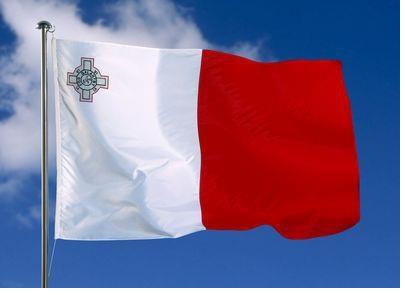 Readers may well ask what is so weird about this new bill (called Individual Investor Programme)? The answer is  that government has woken up with the idea of selling passports to accredited non-domiciled persons at a princely contribution of €650¸000 and thus put in action a novel FDI initiative the revenue from which will be deposited in a posterity fund.

A new agency styled “identity malta” (IM) is born and christened the “regulator” of this initiative¸ with powers to  grant a certificate of naturalisation as a citizen of Malta to any person who makes an extraordinary contribution to the Republic of Malta under the Individual Investor Programme.

As can be expected there was a great deal of razzmatazz created by the leader of the Opposition Simon Busuttil¸ who spoke vehemently against this bill¸ more so when he discovered that a foreign specialized firm – Henley & partners – has been exclusively commissioned by the government to sell passports to deserving  applicants. He said that the proposal compromised Malta’s international image in financial circles and pleaded with government to safeguard Malta’s reputation while attracting long-term investment. In the words of Mario de Marco opposition’s deputy leader¸ “We cannot put at risk the country’s reputation which took decades to build. We cannot put at risk a sector¸ which could attract boundless funds and create jobs¸” he said.

But the government replies that citizenship is only be granted to a restricted number of unnamed individuals who commit themselves to a long term investment in the country. It so happens that the media reported how a number of financial services practitioners who attend the first IM introductory meeting last week were told that H&P will place emphasis on the importance to attract the right sort of people and of not advertising ‘citizenship for sale’ type promotions at any time (the bill has provisions against unauthorized promotion by any firm except H&P with a fine up to Euro20¸000 if in breach).

In fact¸ only H&P is empowered to market and promote this programme along with ‘Authorised Mandatories’ that may be appointed. This is a commendable and prudent attitude¸ which in theory augurs that only a high caliber of new identity seekers will be entertained. Hot on the heels of this initiative one hears the war cry from the opposition telling its party faithful that the government’s plans to sell Maltese citizenship is wrong as it carries an element of immorality (our souls for sale!). The leader of the opposition said they were ready to cooperate with the government on the Individual Investment Scheme¸ but condemns the unheard of ploy to garner an annual revenue of €30 million annually¸ implying passports are sacred and definitely not for sale.

Before passing judgement on the IIP¸ let us first examine how this compares to schemes in existence in other countries and how they contrasts with ours. To start with¸ one meets with attractive offers of citizenship from Caribbean blesse