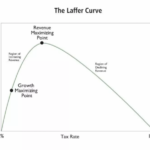 Following an inconclusive result in Italy’s general election last March one can guess that the arduous task of forming a government would fall on the shoulders of the beleaguered president Sergio Mattarella.

It so happens that no party won a majority to be able to govern yet one is not surprised to see the populist Five Star Movement becoming the largest party with 32 per cent of the vote. Next came the Northern League that took 17 per cent, making them the two largest groups in parliament. Matteo Salvini is the leader of the League, and his M5S counterpart is Luigi Di Maio.

Since the first week in March when results were announced there has been speculation that leaders of the two parties were immersed in talks to merge, which at first proved inconclusive. A breakthrough was announced last Sunday that talks had made some progress on a common policy document which is expected to be tough on immigration and broadly Eurosceptic.

Critics of the merger say that a coalition involving Five Star and League would have only a narrow majority in the upper house, meaning they need the support of Brothers of Italy’s 18 senators to make the bloc less vulnerable to possible defections. Both League and M5S are a populist leaning party with differing ideas on how to govern, yet there is a common streak in their approach towards a flat tax regime.

They also wish to guarantee a basic income for the poor and disadvantaged. Much like the Robin Hood where one robs the rich and shares the bounty with the common folks. Essentially, they propose a basic income of €500 monthly paid to the disadvantaged so that in their rhetoric, this noble gesture will “give people back their dignity”..

The Five Star plan costs €17 billion a year, which can be financed out of tax hikes on banks, insurance companies, and gambling. They are rather generous on people out of work for more than two years, promising them a minimum universal income. The two parties have reportedly reached a deal on a 15% tax for middle earners and a 20% tax for high earners on more than €80,000 per year.

By sheer contrast the opposing right-wing parties also have deep convictions on how to reform taxation. Quoting the FT, Berlusconi (Forza Italia) said that “the proposed flat tax regime is simple and fair, and it would no longer be convenient to avoid or evade taxes” Berlusconi thinks that “fewer taxes on families, fewer taxes on companies, fewer taxes on labour”, mean more consumption by households, more production by businesses, more employment, and more money in the state’s coffers to help citizens.

If they sit in government, they also propose a flat tax for all and prophesise the ability to create two million new jobs. Berlusconi argues that the flat tax rate should be no higher than 23 percent or even below and will apply equally to corporates. The Italian electorate is somewhat surprised how such tax cuts can be financed given the burgeoning public debt levels which reach around 130% of GDP.

Everyone hopes that Italy gets the right antidote to reach a higher economic growth path but first it needs to drastically improve the low rate of labour productivity. Italy is the Eurozone’s third largest economy. Since the late 1990s, its economic malaise is no secret and unemployment tops 11 percent. Such a beautiful and scenic country, yet the number of people living at or below the poverty line has nearly tripled since 2006, to reach 4.7 million last year, or almost eight percent of the population.

Although the north has made good strides towards increasing employment opportunities, the southern regions face a 29% jobless rate. This is compounded with high tax evasion and plagued by one of the highest tax rates in Europe. Six years ago, Italy is estimated to have lost about €107.6bn due to tax evasion, a figure which rose to €111.7bn in 2015.

So how can the populist call to reduce taxes (remember how by sheer contrast last year Donald Trump reduced corporate tax from 36% to 21%) succeed to turn the corner and rescue the flagging economy. In fact, supporters of a flat tax system claim it gives taxpayers an incentive to earn more because they are not penalised with a higher tax bracket.

Naturally where there is less bureaucracy and simpler form filling this may lead to better compliance. Can we state categorically that by reducing taxes both on personal and corporate income then this will inevitably lead to fortune? Is it true that as explained by the “Laffer Curve” (see graph below) there comes a point where the tax level will yield more revenue than expected because of better economic performance and less incentive to evade? Will there will be a smaller underground economy beyond a certain tax rate? At this stage one may want to explain the concept behind the “Laffer Curve”. Simply put, the basic theory of the curve, named after its inventor is that lower tax rates do lead to more tax revenue, which in turn could bolster economic growth through increased government expenditure.

To quote some examples one may mention Russia and other ex-Communist countries such as Estonia, Latvia, and Lithuania that have successfully experimented with flat rate taxation. Russia imposes a 13% flat tax on earnings. These countries have recorded good economic growth adopting flat tax systems. Critics disagree, saying that flat taxes are regressive since they tax both high and lower earners the same. The tax is seen as regressive due to a more significant proportion of the disposable income available to the low-income earner going to the tax expenditure.

While the upper-income payers still pay the same percentage, they have enough disposable income to offset this tax load. However, regressive tax sales or taxes on consumption are hard on the poor as they are taxed on products the same as more affluent consumers. In conclusion, whichever tax reform is finally introduced in Italy much depends on how aggressive the new government is, to combat forces that are currently enjoying the status quo. Reforms are expensive and Italy can hardly afford to add more millions to its debt mountain. Finally, one augurs that Italy starts to benefit from reform and by undertaking a smart interpretation of the “Laffer Curve” which may lead to better growth.

However, even though the new coalition urges radical economic reforms to boost the fledging economy, there is a need for realism. Less talk and more discipline will be the right medicine for the weak patient. Anything else will remain a dream about embracing the Dolce Vita.