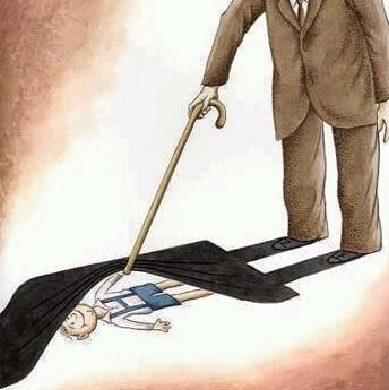 I was intrigued reading an article written by a young female member of the opposition party in the local press. Kristy Debono – wife of the PN party deputy secretary who last week garnered the highest votes in the election of the executive committee election – is a trained economist who works at the Lotteries and Gaming Authority and is a popular  news presenter on Net TV.

In her article she broke all taboos to write on a subject that was quietly omitted by all parties in the electoral manifesto leading to last March’s general election. She stoically wrote that the subject is important and should lead political leaders to overcome cross party loyalties by tackling the delicate situation in a holistic manner. However¸ it is a fact that various stakeholders have been watching with awe the deterioration in the pension fund sustainability (which does not exist) and the dire consequences for future generations of claimants (unless this is remedied).

The European Commission is now seeking a stronger budgetary strategy seeking to request the government to adopt permanent measures so as to ensure adequate progress towards keeping the deficit below 3% of GDP without recourse to one-offs.

The EU concurrently stressed that Malta  takes timely action to ensure the long-term sustainability of the pension system. This action should include ‘a significant acceleration of the progressive increase in the retirement age compared to current legislation¸ that is a clear link between the statutory retirement age and life expectancy coupled with measures to encourage private pension savings.

It also recommended that Malta should ensure the long-term sustainability of the pension system¸ and take measures to increase the participation of qualified retired workers.

The Malta Chamber of Commerce¸ Enterprise and Industry and the Malta Hotels and Restaurants Association in the past reminded the PN government about the need to remedy the shortfall by considering the options of a mandatory 2nd pillar and a voluntary third pillar. They also feel that there are a number of economic benefits associated with the introduction of the 3rd Pillar Pension.

In their own words¸ this increases the income of individuals once they are past retirement age and alleviates the financial burden on the social security system. Another advantage is that it stimulates private savings and creates new business activity in the Financial Services sector.

Obviously¸ both organisations were cautious on the implementation of the 3rd Pillar and proposed the setting of judicious safeguards. One important condition is the option for voluntary transferability of paid-up benefits from Pillar 1 to other Pillars and naturally the government issues adequate fiscal incentives to reduce the burden of contributions on policyholders. Comments on the implementation of the 2nd Pillar were favourable as this helps the sustainability of existing PAGO system but the two organisations were not prepared to comment until precise details are available to allow an exact calculation of the potential impact