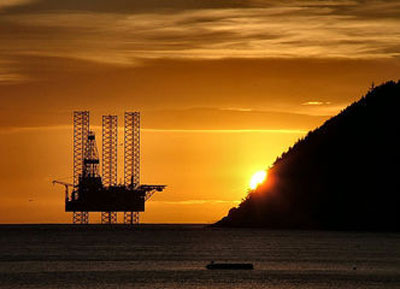 As published in the Malta Independent on the 30th  September 2012

The subject of energy generation and its financial burden on our economy has spurred PKF to organise a conference to be hosted in conjunction with a leading international oil conference organiser .The conference will be held on 11 December in central London.

The agenda will bring together speakers from both senior government and opposition¸ corporate leaders in the oil and gas industries and financiers and global energy experts from around the globe to share their knowledge and experience on how Malta’s future energy and oil exploration possibilities can best be tackled. Can Malta become a potential oil and gas hub (joining Cyprus) and solve its recurring annual financial deficits while starting to repay its accumulated debts?

There is no easy answer¸ given that the subject is taboo – especially now¸ when a general election looms ominously on the horizon. But the man in the street can expect that whichever political party is elected to rule gives priority to seriously considering a proper investment strategy and planning future oil exploration .There is so much pessimism on the streets that there no hope of discovering the black gold that perhaps the issue has been neglected over the past 50 years¸ but now it seems that¸ due to geopolitical events¸ the situation has changed for the better and it may be our only chance to raise the bar.

Why not start planning how to exploit our riches (if any) under the seas? Certainly¸ more investment is needed to fully arm our Malta Resources Authority to start one-to one negotiations with oil giants such as Shell¸ BP¸ Exxon and Gazprom. This is a chicken and egg situation. When our economy is so fragile¸ one can be excused for being risk averse and refraining from allocating capital for such ventures. Both parties can be excused for omitting from their election manifesto their intention to ratify the huge capital investment to attract top oil and gas companies at a faster rate than has been the case in the past.

At this point one can understand the reluctance of the electorate to contemplate such a bold adventure. It is like reading the proposal form for an investment scheme and coming across¸ in small print¸ the disclaimer that “past performance is no guarantee of future performance”. This warning confuses the poor investor into thinking that trusting money to such a scheme may result in a loss. This may lead one to become more risk averse and to literally prefer the option of stuffing the cash under the proverbial mattress.

Allow me to digress on the subject of energy crisis and continue on the subject of national probity. One recalls the governor of the Central Bank warning us to repent of our profligacy as¸ in his opinion¸ we have really been living dangerously and the day of reckoning with our debt mountain is near. The Central Bank of Malta issued a warning indicating a deficit of 3.3 per cent for the first quarter¸ saying the Government may have to take additional cost-cutting measures to meet its targets.