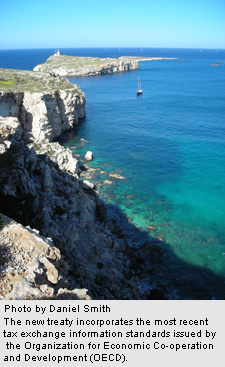 A comprehensive Double Taxation Agreement (DTA) between the Hong Kong special administrative region government and the Maltese government was announced on November 8.

The most recent tax exchange information standards issued by the Organization for Economic Co-operation and Development (OECD) were included in the DTA. The tax treaty is highly expected to boost investment levels between the two areas and encourage Maltese companies to enter the HK market¸ and vice versa.

Authorities on each end hope that by providing businesses with tax incentives¸ a larger number of firms will now choose to either increase their presence or open up new offices in the other jurisdiction.

The DTA aims to provide investors from both sides with a clearer understanding of their potential tax liabilities before they embark on cross-border investment activities. It maps out the allocation of taxing rights between HK and Malta¸ and the tax relief options on several types of passive income (an individual’s earnings from a business in which he/she is not actively involved).

Prior to this taxation agreement¸ any income earned bya Maltese national residing in HK was subject to both Hong Kong and Maltese income tax rates. Similarly¸ any Maltese enterprises undertaking business activities through a branch in HK were also taxed with both corporate tax rates.