It is relevant to recall how Greece was bailed out in 2010 as it crumbled under the weight of the financial crisis in a deal involving billions that with hindsight many now agree was not without strings attached. 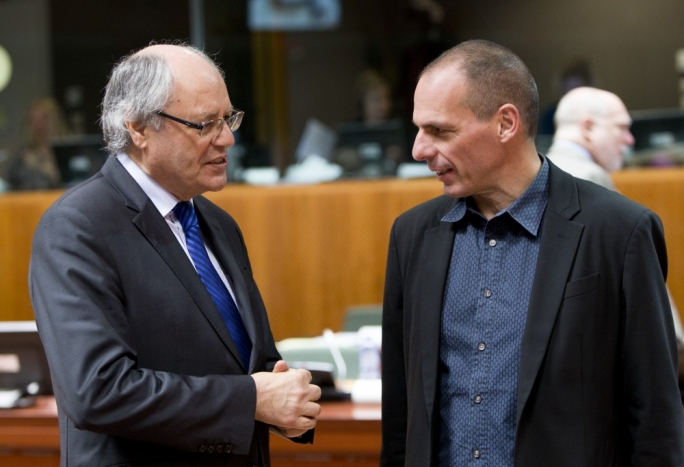 Finance Minister Edward Scicluna said Malta helped Greece in its hour of need, itself borrowing to loan it almost €200 million, equivalent to 2.4 per cent of the gross domestic product. Our exposure to Greece comes in two parts: a €50 million bilateral loan and €138 million as guarantees to the European Financial Stability Facility (EFSF) set up as a temporary rescue mechanism in 2010.

It is relevant to recall how Greece was bailed out in 2010 as it crumbled under the weight of the financial crisis in a deal involving billions that with hindsight many now agree was not without strings attached – it was given on condition that the country implemented austerity measures primarily by trimming  public spending.

This included sacking excess civil servants in public institutions and making pension cuts with the result that such austerity has hit hard and wide, leaving millions in poverty. With unemployment soaring at 25 per cent, the last election saw a sea change in voter sentiment which to the surprise of many elected a far left party, Syriza, led by the charismatic and young Alexis Tsipras.

The firebrand was full of promises, promising among others that austerity would be banned and bailout conditions rewritten. He wanted to try all options, having received a strong political mandate to relieve Greeks from the heavy mantle of austerity over the past four years which some contend that it impoverished the nation.

The manifesto of Syriza included a pledge to renegotiate the terms and conditions of the bailout agreed with the so-called troika (the European Commission, European Central Bank and International Monetary Fund) since 2010.Its preferred option is to swap a significant chunk of debt for bonds linked to future economic growth but the Troika did not bite.

Opinion polls suggest that a growing number of people like the fact that Greece is trying to stand up for itself, and is taking a stand in its arguments with the rest of the Europe.

A headline-grabbing Syriza policy that has shaken the eurozone was a promise to write off most of Greece’s €319bn while Syriza wants repayment of the debt to be tied to economic growth, not the Greek budget, plus a “significant moratorium” on debt payments.

What exactly is Alexis promising his people? To start with, the most vote -catching is the promise of 300,000 new jobs in the private, public and social sectors, and a hefty increase in the minimum monthly wage – from €580 to €751.

The new jobs would focus on the young unemployed – almost 50% of under-25s are out of work – and the long-term unemployed, especially those over 55. Another reform will be to buttress the pensions, which were slashed as part of the austerity programme. In fact both salaries and pensions suffered a haircut in 2012 as part of the Greeks’s austerity measure to curb spending.

Now Syriza aims to reverse many of those “injustices”, bringing back the Christmas bonus pension, known as the 13th month, for pensioners receiving less than €700 a month. Simply put, the reform can be summarised in four chapters. The final chapters include improving the humanitarian crisis, the economy and promoting tax justice while slowly creating new sustainable jobs.

Naturally the lax political system has to be reformed to deepen democracy and slash abuses that ruined the nation, leading up to a debt mountain of gargantuan  proportions. Critics asked how can Syriza find the money to implement them.

The answer is ephemeral – Syriza argues all its plans have been fully costed at a total of €11.3bn and will be paid for by several initiatives, including a crackdown on tax evasion, corruption in government tenders and smuggling. The election of a far left party has woken up fears that it will lean to Russia for support but this did not yield any windfall.

So far the talks were championed by the young and inexperienced Greek finance minister Varoufakis, who in his fiery approach has so far generated some friction at Brussels and is still empty handed. In a face saving tactic there has been a change of actors on the stage and the minister of international financial relations, Euclid Tsakalotos, would take over from Varoufakis in the talks to try reach an honourable settlement with creditors.

In the corridors of Brussels rumours were circulating that it had become “impossible” to do business with Varoufakis. “It had got to the point where eyes roll,” he said. “People had got sick and tired of being lectured about austerity and the effects of the crisis.”

Ironically, Varoufakis on his part, nonchalantly claimed the two sides had edged closer on a deal, but insiders to the Riga meeting said he was described as a “time-waster, a gambler and an amateur”.

Last week, Edward Scicluna frankly declared with Bloomberg that there is a complete communication breakdown between EU finance ministers and Greece over its demands for more concessions on EU loans. That in simple words means that Greece’s finance minister came under fire from his peers in the 19-country eurozone for failing to come up with a comprehensive list of economic reforms after weeks of slow progress which culminated as a perception of delaying tactics.

This is damaging reputations and fraying nerves in a hostile mood that some say – enough is enough – it is time to express discontent at delaying tactics of the Greek government.

“It was a very critical discussion,” said Jeroen Dijsselbloem, the eurozone’s top official, after the Riga meeting while some spoke of being “tired” and “annoyed” with the way the talks are going. With hindsight one remembers with a deep sigh of relief when two months ago, Greece secured an agreement to get the missing money – 7.2 billion euros – but only if it came up with a mutually agreed set of reforms.

To give some perspective to this sad episode, one notes that in a last hurdle to fix the bailout programme some are hoping for an extension of a new deadline, possibly to the end of June. But this eleventh hour deal will send shivers down the spine of civil servants who are wondering how and if their salaries / wages will be met under the tight grip of cash flow constraints consequent to meet prior commitments with the IMF.

A smart yet desperate move was to round up spare cash (about 2 billion euro) from coffers of municipalities and other state enterprises to avert insolvency. Readers recall how recently Athens has chronically reported cash shortages and expect another tranche in rescue funds as otherwise it is unlikely it can afford to pay €1bn due to the IMF next month.

The writing is on the wall that unless a miracle happens many fear that a country which in ancient times was so rich in its concepts of democracy to bequeath a legacy to European and Middle Eastern civilizations with its profound philosophical contributions – will shortly default and exit from the Eurozone.

Others claim that Greece has still a hoard of assets pertaining to the family silver and this can at a last resort be cashed to save face. The source of such assets is not infinite but reliable sources state that about €86 billion can be recovered from under the proverbial mattress.

To conclude, finance ministers across the eurozone, have accepted that Varoufakis will take debt talks to the edge. Many bet Grexit is imminent – but if this poisoned chalice can be avoided it is understood that the Troika must start to bend backwards to find their Midas touch while trimming austerity demands and relax the schedule of debt repayments. If push comes to shove – will the champion of the Greek electorate play the harp while Athens burns?