The 13th of July, after seventeen hours of negotiations, the Euro Summit has reached an agreement with the Greece by unanimity, which signs the end of the Grexit threat, at the moment. 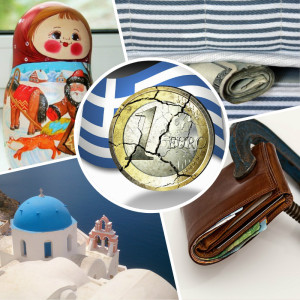 In the signed document, the Euro Summit stresses the crucial need to rebuild trust with the Greek authorities as a pre-requisite for a potential future agreement on a new ESM (European supporting mechanism) programme.

To ensure that Greece receives a package of financing needs of between EUR 82 and 86bn, the Euro Summit welcomes the commitments of the Greek authorities to legislate without delay a first set of measures. These measures, taken in full prior agreement with the Institutions, include:

In order to form the basis for a successful conclusion of the Memorandum of Understanding (MoU), the document published by Euro Summit emphasizes the importance of a serious commitment of Greece in implementing far-reaching reforms that recover the strongly deteriorated economic and fiscal position of the country during the last year. Notably, the European commission asks for a prompt resolution of the problem of the pension system and the economic hole created by the Constitutional Court ruling on the 2012 pension reform by October 2015; the approval of a broad plan to liberalize markets, including Sunday trade, sales periods, pharmacy ownership, milk and bakeries, except over-the-counter pharmaceutical products; the privatisation of the electricity transmission network operator (ADMIE), unless find alternative measures that have equivalent effect on competition, as agreed by the Institutions. Moreover, is requested a reviews of collective bargaining and their alignment to European standards and best practice and an improvement of the financial sector, especially decisive actions on non-performing loans and the governance of banks, by eliminating any possibility for political interference especially in appointment processes. The above-listed commitments are minimum requirements to start the negotiations with the Greek authorities. However, the Euro Summit ensured that the start of negotiations does not preclude any final possible agreement on a new ESM programme. The agreement also provides for the creation of an independent fund that will monetize the assets through privatization and other measures. This fund will be worth 50 bn that will be used to repay funds provided by the ESM program. The fund will be based in Athens with a board of management composed of Greek experts under the supervision of the European institutions; 25 bn of this fund will be used to recapitalize the banking system, then the remaining 50% of every euro will be used for debt reduction, while the other 50% for investment.

The Hellenic parliament approved the first two packages of reforms that Alexis Tsipras agreed in Brussels to avoid the Grexit; last reforms regard a profound revision of the Civil Code, the adoption of a European directive on the reform of the banks postponed for some time, a guarantee system in case of bank failure, which leaves the burden on shares and creditors and not on the community, while the most incisive of pensions and tax increases will still be discussed in the coming weeks. Even if the first approval in the 16th of July signed a rift between the Greek prime minister and a part of Syriza, the second package of reform was welcomed also by the Ex-Finance Minister Yanis Varoufakis, who voted in favour of the bill but issued a statement saying that he was only doing so to help the government buy time as he believes the agreement with creditors is going to fail.

ECB raised the emergency liquidity assistance (ELA) granted to Greek banks of another 900 million EUR in addition to those already released at the middle of June. In this way the bailout has reached about 90 bn. Monday, July 20 banks – which had been closed on June 29 due to a severe liquidity crisis – have reopened, but are still in force restrictions and capital controls: cash withdrawals are limited to € 420 a week instead 60 EUR per day, in order to avoid long queues daily at branches and ATMs; there are exceptions for those who have to pay any medical bills or school fees abroad, but can not be cashed in, or transferred money abroad. The Hellenic stock exchange reopened as well, after five weeks of inactivity, and it was not a success, as we would have expected. Greece’s banks went through the floor, tumbling 30%, reflecting the huge damage that has been done to the country’s economy in recent weeks. The overall Athens Stock Exchange (ASE) index dropped by 22.87% as it opened, according to Bloomberg’s Jonathan Ferro. That leaves the market at a low not recorded since the middle of 2012.

Since 2010 other Eurozone countries and the International Monetary Fund have given Greece about €230 billion in bailout funds. In addition, the European Central Bank has lent about €130 billion to Greek banks. The latest financial aid package is following a similar pattern to the previous ones. The problem is that, every time, only a fraction of the money goes toward healing the economy. Nearly 90 percent would go toward debts, interest and supporting Greece’s ailing banks; growth was never the primary consideration when Greece first started receiving bailouts. Those situation rise the discontent of a large part of the population, which do not agree with the path Alexis Tsipras is following to avoid the possibility of a default. The European Commission has offered to set aside an additional €35 billion development aid package to stoke the economy. But the funds are difficult to obtain and will become available only in small tranches later in the year.

In the negotiations between Greece and its creditors, there is a growing recognition that Greece’s debt burden must be eased. Few days ago, a senior official at the International Monetary Fund, who spoke on condition of anonymity, said that the fund will not supported a new bailout unless European countries come up with a concrete plan for easing Greece’s debt.

“Some debt relief will be needed,” said an anonymous senior official at the European Central Bank. “But it’s important that it be linked to reforms which ensure that Greece can grow again.”

Certainly, the withdrawal the IMF has threatened could have serious consequences in the whole recovery path of the Greece, impacting deeply the other source of new funding to the country.