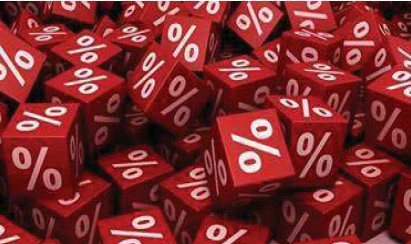 PKF has worked through the summer months to compile a second study on VAT so that this can be presented to the authorities to demonstrate that a reduction in VAT on accommodation could lead to an enhanced gross value added and in turn have a progressive effect on the viability of hotels.

The suggestion to reduce VAT was not considered in the 2014 budget. Some may think this was because¸ from 2015¸ industry will benefit from a 25 per cent reduction in electricity costs and a five per cent reduction in water consumption but few know that energy costs are a mere six per cent of aggregate hotel costs .

The outgoing president of the Malta Hotels and Restaurants Association Paul Bugeja was careful to give the impression that the hospitality industry can be volatile. This opinion may not be shared by most people when they read of the recent record number of arrivals¸ with August topping 200¸000. It is true that profits during the high season may be encouraging¸ but this is not necessarily enough to compensate for the fall in the low season and therefore it is wrong to perceive the industry as a bottomless pot. However¸ it employs thousands of people and has been resilient throughout the recession and it can honestly be said that it never received any direct cash from the government during the recession as was the case with certain manufacturers.

Naturally¸ the MHRA has been lobbying hard for a reduction in the VAT rate. It propounds that if VAT is reduced¸ hotels will keep their prices constant so the extra revenue can be ploughed back into the much-needed general refurbishment of existing amenities. PKF planned its extensive study on VAT with the cooperation of a number of hotels that last year participated in an adhoc survey¸ while considerable reliance was placed on the statistics issued periodically by the NSO¸ BOV¸ the MHRA hotel surveys and other technical publications. The study has not been sponsored or supported by the MHRA or any hotel owners.

Since its inception in the early sixties¸ tourism has always been a fragile industry that depended for its survival on a number of external factors and thus needs careful nurturing by all its stakeholders. The conclusion of the PKF study illustrated the possible consequences of elasticity of demand given that the government reverses the 40 per cent increase in the VAT rate and reverts to charging the lower rate of five per cent instead of the higher rate of seven per cent.

It is to be noted that the study excludes the computation of the multiplier effect on other industries and consumer institutions as this merits a complete exercise on its own. A regression model was used to predict future figures for gross value added generated by hotels as well as gross value added generated by accommodation using both five per cent and seven per cent VAT rates in order to enable a comparison between the two predictions. Certain predictions were made using regression models of which the main assumption was that the VAT rate of five per cent came into effect as at 1st January 2014. Due to a lack of information in certain areas¸ a number of assumptions were made to estimate a host of variables.

It could be argued that reducing taxes on hotels will only render them more profitable and there is a possibility that extra profits may not feature in the improvements that are necessary from time to time to upgrade amenities. The answer