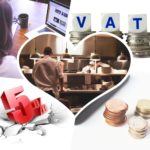 PKF has worked through the summer months to compile a second study on VAT to present to stakeholders claiming that a reduction in VAT on catering could lead to an enhanced gross value added and in turn have a progressive effect on the viability of restaurants.

The suggestion to reduce VAT was not considered in the 2018 budget; some may think this was because industry had started to benefit from a 25% cut in electricity and a 5% cut in water consumption but energy costs are not a major contributor to catering establishments (now that PV panels are being installed to further lower the cost of electricity).

The sector consists of around 2,000 entities of varying size and employs thousands of workers. It was resilient throughout the 2007-2013 world austerity period and really and truly one can say that it never received any direct cash from Government during the downturn as was the case with manufacturing firms.

PKF planned the study over the summer months with the co-operation of a number of restaurants which voluntarily participated in an ad hoc survey while reliance was placed on statistics issued by NSO, BOV, EURO stat and other technical publications.

The study has not been sponsored or supported by MHRA or independent restaurant owners.

The PKF study illustrated the possible consequences on elasticity of demand given that the government is persuaded to reduce the VAT rate on food and beverages to 13% on a two-year experimental period as was successfully done in Greece.

Indeed, Spain and Italy charge 10% on restaurants and on the provision of meals and beverages to be consumed immediately, even if they are made after the recipient’s order, while Netherlands charges 6% on restaurants (excluding alcoholic beverages), take away food, bars, cafes and night clubs.  The trophy goes to Luxembourg as it charges the lowest rate of 3% on food and 17% on alcoholic beverages.

India reduced its GST on restaurants to a rate of 5 per cent, instead of 12 per cent or 18 per cent earlier depending on whether food is served in Air Conditioned or non-AC restaurants.

Needless to say, we ask why Malta charges a full rate of 18% on restaurant business albeit 7% on hotel accommodation and on meals served in combined all-inclusive food and drink packages.

Sadly, ignoring the problem of a high tax on consumption will not solve the issue of a dire financial situation facing some catering owners due largely to a fragmented market sector.

It is a fact that some owners are facing increasing rents, a severe lack of entry-level staff and last but not least competition from foreigners setting up fast food outlets.

These combined factors may push owners to either abuse the system or trade on low margins until the inevitable happens and quality suffers. This begs the question – with so much perceived affluence and upmarket luxury properties being snapped up by locals how come we never sustained a single Michelin quality restaurant?

It is becoming evident that in prime site landlords earn more than the catering operator who risks so much time and energy to meet all the health and safety requirements and retain an adequate number of experienced staff.

It goes without saying that such a scenario creates a two-way structure – those who abide by the fiscal rules and suffer a lower return on capital and the rest who, in varying degrees, abuse the system by indulging in tax evasion or employing non-EU workers at low wages. Leaders in the industry are aware that abuse exists.

The finance minister is reported to have exclaimed that “This is a continuous struggle. Abuse can be limited, but never eliminated. What we need to do is address the black economy and treat it as a beast on its own.

It creates unfair competition and loss of revenue”.

Moving on, it is to be noted that the PKF study excludes the computation of the multiplier effect on other industries and consumer institutions as this merits a complete exercise on its own.

Certain predictions were made using regression models of which the main assumption was that the VAT rate of 13% comes into effect on an experimental two-year scenario.

Due to lack of information in certain areas, a number of assumptions were made to estimate a host of variables. One may argue that reducing taxes on restaurants will render them more viable yet there is a possibility that extra profits may not feature in lower menu prices or tangible improvement in quality.

The answer to this conundrum is that by motivating restaurant operators to external challenges this stimulus will attract larger volumes of tourists and there is a good chance they would be inclined to hire more employees.  The PKF model clearly showed that using a 13% rate of VAT on food and beverages served outside hotel premises (the latter enjoy a reduced rate of 7% if guests book on all-inclusive packages) the values on gross value added on restaurants were much more promising than those using a rate of 18%.

In conclusion, the stimulus associated with a cut in taxation goes a long way and benefits the economy net of the loss in State revenue. This has been the proven experience of Greece where the economy has been battered during five years of austerity measures.

Quoting figures released by the Bank of Greece, in May 2013 tourism income increased by 38.5% compared with the same month of the previous year. This increase in income is reflected by the increased number of arrivals in Greece by 24.4%. (Nikas, 2013).

It goes without saying that future success of the indigenous catering outlets depends a lot on both a higher number of visitors and the local community.

Unless the situation is diagnosed by way of a scientific study one may reach a wrong impression that as restaurants are always full then it is all gung ho.

This misconception can be captivating when one superficially assesses mounting affluence due to higher arrival statistics which prima facie generate more entertaining sprees at good restaurants.

However, a deeper analysis reveals a different story.  Reality tells us that as more tourists are opting to book private accommodation as opposed to hotels they may prefer to eat inhouse.

As a conclusion readers may question why the study was not extended to assess the potential multiplier effect on external economic operators with multifaceted linkages for both short and long term results?

The answer is twofold – time and expense – yet PKF will encourage the authorities to issue a competitive tender for a study by experts to remove any misconceptions about the well-being which the industry contributes to the community, especially during the festive season.