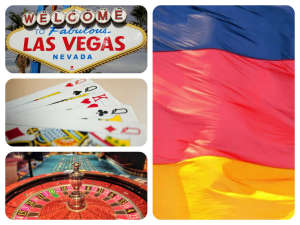 This¸ without any doubt¸ has a positive effect on the labour market for artistic and computer literate workers in Germany¸ and it resulted in a high demand for such qualified employees. Yet challenges are everywhere and the increasing piracy of software and products imposes big problems for the gaming industry.

Initial evaluations of the BIU (German Federal Association of Interactive Entertainment Software) estimated a usage of illegal software and products of between five and ten percent per user. The computer¸ mobile gaming and consoles are most affected. This brings us to the topic of this article¸ legal regulations. As already explained¸ iGaming faces a surge of popularity due to a number of factors such as level of quality and quantity by the new media comprising television¸ phone and internet. The gambling market in Germany¸ especially sports betting¸ is booming like no other industry. The annual growth rates are enormous: the total annual turnover in Germany is around 27 billion euro. For those who are not aware of past legal hurdles which faced online gaming in Europe it is well to narrate some salient episodes.

The gambling monopoly of the German state was severally challenged in the European Court of Law and this started forming itself with the landmark decision of the famous Gambelli judgment of the ECJ. (EUGH 06.11.2003 – C – 243/01). But let us briefly remind readers of this ground breaking case¸ ie ‘Gambelli-Jurisdiction’? Under Italian law¸ sports and online betting are strictly controlled by the State in Italy. This monopoly of the past was not allowing foreigners to access Italian players. The Italian “Gambelli” operator case had a licence from England¸ where sports and online betting is allowed. It raised the question whether Italian law breached the EU law¸ under which every EU citizen has the right of establishment and freedom to provide services. Such a breach could be justified only for an important reason.

But the ECJ said a member state¸ in this case Italy¸ must not protect its monopoly by simply relying on protection of public order to justify restrictive measures. Equally important after the liberalization of IGaming in Italy it took a number of years for the German federal government to change its view on strict protection of its own monopoly. This article follows recent developments in legislation which have opened the floodgates for licences in Germany after many years under total prohibition.

On 1 January¸ 2012¸ an act for reorganization of gambling was established in Schleswig-Holstein. With effect from 8 February of the same year¸ the law for gambling was overturned and consequently Schleswig-Holstein joined the First-Changing-Gambling-Contract which gives the federal state the right to grant licences for the operation of gambling. Ever since the treaty came into action¸ unlike in the other 15 non-conforming federal states of Germany¸ it is possible to get online gaming licences for individuals. The Holstein treaty raised great confusion and it is questionable whether such a single state in Germany can challenge other 15 non-conforming states as this was considered as a breach of the principle of equal treatment and free choice of the domicile resulting from the German Constitution.