Gaming companies in Malta pay a maximum of NOK 3.6 million in license fees and gambling tax.  In addition¸ the corporate tax is only 5 percent of any eventual profit. 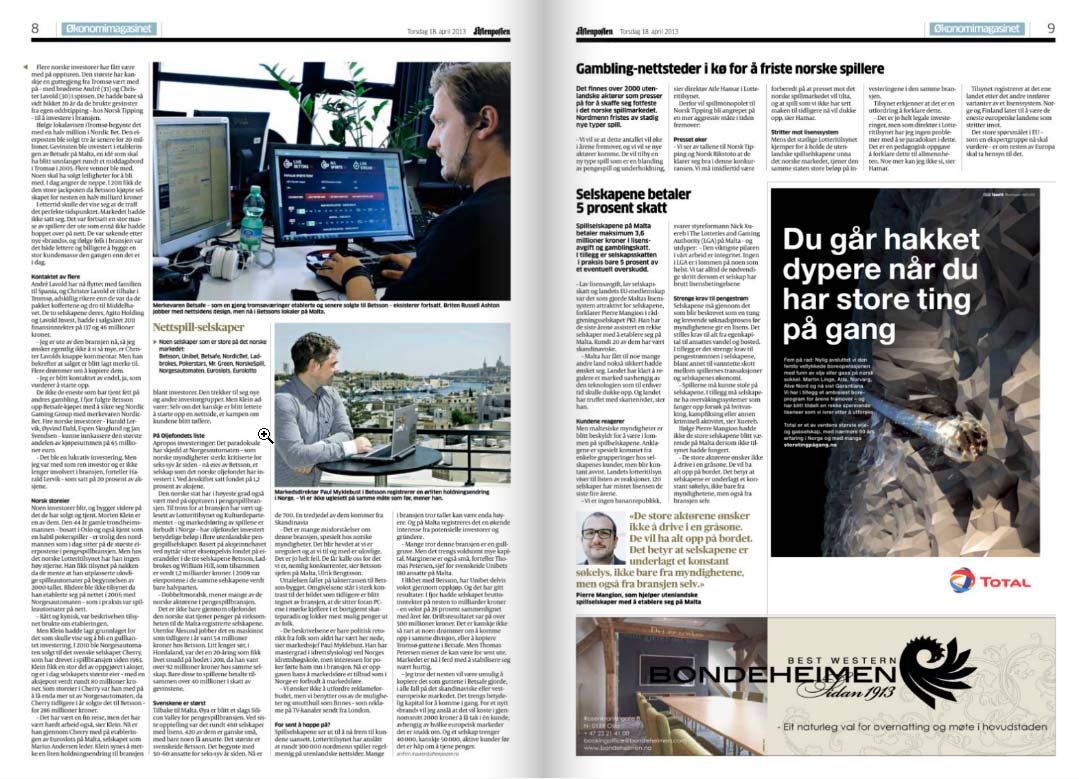 Low licensing fees¸ a favourable tax system and EU membership has made Malta attractive explains Pierre Mangion from consultancy firm PKF Malta. He has lately advised several companies to establish their business in Malta and circa 20 of them have been Scandinavian.

Malta has created something many other countries surely would have wanted to achieve. Malta has managed to regulate a market in line with technological developments and has managed to hit the spot when it came to favourable levels of taxation.

Authorities in Malta have been accused of being manipulated by the gaming industry. These accu

sations root from a minority group within the consumer market but are outrightly rejected.  The country’s Regulator issued a list of 120 gaming companies that have lost their licence in the past four years.

“We are not a banana republic” says LGA (Lotteries and Gaming Authority) Chairman¸ Nick Xuereb.  He elaborates “The main pillar of our work is integrity. No one in the LGA is in anyone’s pocket. We always take the necessary steps if a company has breached the license agreement.”

The companies must go through what is described as a heavy and demanding application process before the government gives a license. There are requirements for everything from equity to employees’ conduct and residency. In addition¸ there are strict requirements on the cash flow of the companies¸ including the watertight bulkhead between players’ transactions and cor