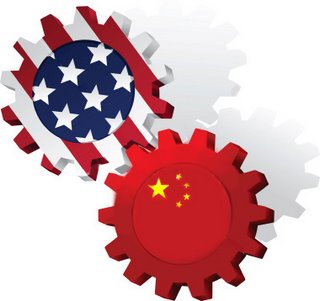 It was said that the patent work-sharing initiatives represent a major achievement in the growing bilateral cooperation between the two patent offices. The pilot programmes will apply to qualifying patent applications filed under both the Paris Convention (Paris Route) and the Patent Cooperation Treaty (PCT).

“This PPH agreement marks a shining success of the outstanding cooperation by both offices to build on synergies to improve the global patent system¸” said Under Secretary of Commerce for Intellectual Property and Director of the USPTO¸ David Kappos. “The agreement comes at a very opportune time as China and the United States together make up a significant global market share for patent stakeholders.”

“PPH will promote high quality patents and expedite processing of patent applications in both offices by avoiding duplicative work and will provide greater costs savings to patent applicants¸” he added. “It will help spur greater innovation and generate greater economic growth and job creation in both countries.”

PPH programmes permit each office to benefit from work previously done by the other office¸ which reduces the examination workload and improves patent quality. The expedited examination in each office allows applicants to obtain corresponding patents faster and more efficiently in each country.

Under the Paris Route PPH pilot programme¸ an Office of Second Filing (OSF) may utilize the search and examination results of a national application filed in the Office of First Filing in a corresponding application filed under the Paris Convention in the OSF. The PCT-PPH pilot program will use positive international written opinions and international preliminary examination reports developed within the framework of the Patent Cooperation Treaty.

The one-year pilot programmes will end on November 30¸ 2012. Both offices may extend the one year trial period upon mutual agreement. The purpose of this trial program is to gauge the interest of applicants and to evaluate the programs for patent quality¸ efficiency and the reduction of the workload at the USPTO as well as SIPO.