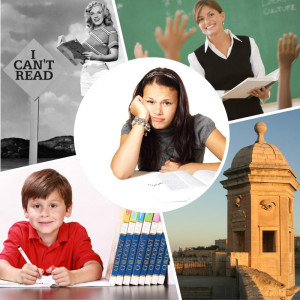 The problems are deep rooted and there seem to be no quick fixes. Yet getting our education system to function well must be a top priority for the government, which has recently inherited the system after a long period sitting in the opposition benches.  Let us now reflect on the demographics where we observe how Malta’s educational north-south divide has been confirmed by the 2011 census which revealed glaring contrasts between towns like Swieqi, where 30% of its population achieved a tertiary level of education, and by sheer contrast a town in the south like Marsa, where just 3% has a tertiary level of education. It is not impressive to read that overall only 14% have completed a tertiary level of education in 2011.

It appears that the incidence of illiteracy is more prevalent in southern inner harbour towns where for example only 3% of Marsa’s population and 4% of Bormla received a university level of education. It is a shame that after millions of euro have been allocated since Independence to train our workforce, the 2011 census confirms a dysfunctional system that fails 507 youths without being able to write and read. The survey reveals that 1,256 persons aged between 10 to 19 do not know any English while 2,105 only know a little English-this totals 7 % in this age cohort. More bad news comes out of the census as it reveals that 18% of people aged between 15 and 19 have no educational qualifications while 14% left school with just a secondary school leaving certificate. At the dawn of the new millennium we sport 1,497 illiterates under the age of 30 and 12,872 persons over 60 are illiterate.

A lot has been written by parents on the poor quality of schooling at secondary level where because of this students are stressed attending expensive private tuition to improve their chances of passing O levels (particularly in science, ICT, and English subjects). So is there a solution in sight? Nearly three-quarters of teachers acclaim in unison that a solution lies in reducing class sizes (hence the need to keep on building more schools).  This is certainly one of their top three priorities. But on the other hand, does the problem lie in teacher’s own modest educational standards – some may well ask – are they being given sabbaticals to update themselves and indulge in continuing education facilities? Perhaps the solution is to increase school attendance schedule which some contend is too short, being reduced by exams and staff holidays.

Without any doubt, a higher quality teacher cohort is a crucial factor to improve the value of teaching now with the growth of digital aids in class rooms (such as tablets, interactive digital whiteboards and handhelds) – this may also pose a challenge for older teachers suffering from digital divide. There are also a number of barriers to entry to the teaching profession. These include rising standards which may dissuade youths from entering the profession and in particular stiff employment conditions may not be comparable to other civil service grades. Teaching is said to be one of the most stressful and poorly paid of local professions (unless supplemented by extra income from private tuition).

One reads in the newspapers about teachers complaining of bad, abusive or violent behaviour towards them from pupils and, increasingly, from their parents. Others are envious of the relative good working conditions enjoyed in Malta – a teacher’s working day is relatively short compared to workers in manufacturing or office workers – these do not get so many school holidays. Students attend school for 170 days in a year, the shortest school year in Europe yet Malta Union of Teachers (MUT) is vehemently against any shortening of the summer holidays or the extension of school hours.  Something has to give. Can we tolerate the poor performance of student population, particularly those hailing from the South? Checking the statistics shown in the 2011 census – this gives a depressing state of affairs, particularly in the harbour area. But considering tertiary education is free for all and generous stipends are paid over a number of years, why is the intake so poor from this region?