In recent years the importance of developing strong business relationships with Middle Eastern countries has increased rapidly due to fast-growing expanding markets in the region, in conjunction with exhausting European resources and an injection of fresh knowledgeable experts within the main potential sectors of business, such as venture capital, insurance, oil and gas exploration, in a present worldwide economic situation.

While the United Arab Emirates, particularly Dubai, for a number of years have been considered as robust investors and developers, other countries in the Middle East, such as Oman, have been establishing their strongest sides in financial and business sectors.

The national economy of Oman is based on justice and the principles of a free economy. Oman has a diverse multi-branched economy, but still depends mostly on oil exports. It has made active plans to diversify its economy and is currently placing a greater importance on other areas of industry, i.e. tourism and infrastructure.

About 10 years ago the United States of America and Oman signed the US-Oman Free Trade Agreement by means of which tariff barriers on all consumer and industrial products were abolished. Strong protection for foreign businesses investing in Oman was also provided for, in an attempt to attract new capital.

According to the CIA World Factbook, Oman’s reserves of petroleum are about 5.5 billion barrels, which rank them the 25th largest in the world. Oil is extracted and processed by Petroleum Development Oman (PDO), with proven oil reserves holding approximately stable.

The greatest share of the establishment is owned by the Omani government (60% of PDO), while foreign interests own 40% (Royal Dutch Shell owns 34%; the remaining 6% is owned by Total and Partex). Pointing out the importance of the oil industry in Oman, in recent years, it is worth noticing that Oman has found more oil than it has produced, pivoting its potential to exponential heights.

Oman’s natural gas reserves are estimated at 849.5 billion cubic metres, ranking 28th in the world, where production in 2008 was about 24 billion cubic metres. Apart from oil and gas the Sultanate is also rich in raw materials and natural resources. Besides the good oil and natural gas reserves, the Sultanate has an estimated reserve of approximately 25 million metric tons of copper. Estimated gold ore reserves are set at 1.5 million tons.

Knowing the dependence of countries in Europe on natural resources and raw materials, the importance of connections with countries such as Oman cannot be stressed enough. In the light of Malta’s situation, it must be said that as we are still very young in conducting research for exploration of natural resources within the Maltese offshore territory, our country still needs to obtain necessary oil, gas and other resources from the best available markets, therefore encouraging seeking the best partners in the Middle East and establishing strong contacts.

The potential Omani investors can inject a huge amount of funds into Malta’s economy along with their knowledge and expertise, particularly in the field of venture capital as well as the lucrative oil and gas industries. As it can be easily noticed, recalling the last decades of Malta’s economic growth, Malta has a great potential along with human resources which are required in order to build successful business activities and increase GDP level, the same potential which can become realised through the mentoring of a partner with priceless experience, irreplaceable knowledge and of course the necessary capital.

Oman became a member of the World Trade Organization in October 2000, and continues to amend its financial and commercial practices to match contemporaneous international standards. From a legislative point of view, in the last years Oman has developed a significant amount of new rules starting from new rules for business registration and a One-Stop Shop for online companies was introduced in 2012, as well as an Omani Investment law providing income tax exemptions to corporations for five years since incorporation, and fairly provides the same to foreign investors according to investment laws.

In a move ascertaining a boost in the confidence of its citizens and residents, the Oman Public Authority for Consumer Protection (PACP), has released a new consumer law which was approved through a Royal Decree in November 2014. The authority also promulgated the new Competition Protection and Monopoly Prevention Law.

While promoting consumer rights, this law guarantees the rights of the consumer, including the right to access information of the commodities being purchased or used, or the services received. It also ensures the “right to receive fair compensation for damages suffered by the consumer or the property thereof, which results from the procurement or ordinary use of the commodity or the receipt of the service.”

It guarantees the right to respect the consumer’s religious values and customs and traditions on being provided with any commodity or service. In an attempt to improve the efficiency of the insurance sector and improve the quality of the insurance services and products offered to consumers by underwriting new risks, the Capital Market Authority (CMA) in Oman has also made some essential amendments to insurance regulations such as that the form of the company must be a public joint stock company (“PJSC”), with introduced complementary penalties for any default.

The aforesaid can be easily seen as an improvement in the legislative system and therefore encouraging to the development of new connections with Oman as a well established jurisdiction.

On the other hand, Oman is seeking to attract FDI and activate the role of the private sector. Oman provides many incentives and unpaired financial support such as granting of soft loans against an interest of 3% for investment projects amounting to 250,000 RO or less, the free transfer of capital and profits, and access and departure of expatriate workers to and from abroad, duty free import of machinery, equipment and spare parts for industrial investment during the period of construction, expansion or replacement, the exemption on imports of priority and semi-manufactured materials for production processes, which are not currently available in the Sultanate, and finally tax exemptions for navigation companies, which are either fully Omani owned or acting in Oman through an approved agent.

In February 2015 a delegation from PKF Malta attended a number of meetings in Dubai with the aim of building strong business relations and promoting lasting investments in Malta. The interest of our present and future business partners in investing their capital and knowledge in Malta cannot be overvalued due to their understanding of Malta’s favourable position in the Mediterranean region, coupled with its stable and continuously improving economy.

In our opinion, in the context of the present politico-financial worldwide situation, Oman is likely to become one of the main future drivers in investment along with the United Arab Emirates. In the last decades these countries showed Europe that they are aiming at becoming one of the strongest global economies in the nearest future, and fairly so owing to their abundance of resources, finances and emphasis placed on the education of future generations. 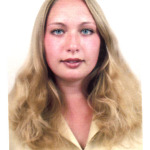