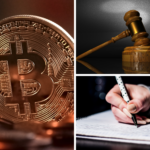 Mindful of the legal and technical minefield that may lay ahead, the MFSA called for experts to help design and draft parameters leading to a safe framework and good governance.

Rumour has it that over 300 sat for the exam after attending four introductory public lectures conducted by the MFSA and a number of chosen consultants. The results were announced this week and sadly only a handful passed. This has peeved many practitioners since they were given to understand that licences to agents wishing to introduce virtual currency business were to be limited to those who passed the test. Be that as it may, it shows that there is a strong desire among practitioners to join the lucrative crypto bandwagon.

The government is being advised to take the bull by the horns and with the assistance of technical advisers, it has rushed the Malta Digital Innovation Act together with a framework for virtual financial assets. This is pioneering work hoping that Malta will succeed (as it did in the remote gaming sphere) to be a leader in Blockchain regulation.

Some may say that Malta has struck while the iron is hot and plunged ahead in the sensitive area of virtual currency trading when larger countries such as China, India and EU countries are banning it.

But of course, it is all a matter of who dares wins. Quoting the Prime Minister at a recent speech he gave to thousands of delegates attending the Delta event last week, he wants to jumpstart the process to regulate ostentatious topics such as Artificial intelligence (AI) and the internet of things in an all-encompassing regulatory framework.

Delta Summit is the world’s first government-led (and funded) event promoting Blockchain and bringing together service providers, experts and public entities. Malta just about climbed the hill of Blockchain, now we must try scaling the mountain of AI – a subject into which USA tech giants pour billions of dollars annually in research and development. This may encourage the finance minister at the next budget to scale up the dreary amount of funds allocated for applied research.

Silvio Schembri, parliamentary secretary for innovation, proudly announced that the summit would send a strong message to institutions worldwide. Mindful of the legal and technical minefield that may lay ahead, the MFSA called for experts to help design and draft parameters leading to a safe framework and good governance.

It is an open secret that government is keen to be seen helping innovation and would like to see Malta becoming a jurisdiction that attracts talent from all over the world. Little Malta aspires to become an economic superpower in the Med. But readers may ask how Bitcoin can become mainstream unless Fintech is attracted as well.

Readers still feel confused with the terminology and so to help clarify the jargon one can simplify the myth by describing Blockchain as the track while Bitcoin is the train. It is always a case that banks and monetary institutions are wary of the new challenges of virtual currencies but like the internet which was resisted in its early days, the revolution is here to stay.

Just ponder how since we left the Gold Standard, we have run billions of transactions in fiat currency which are not backed by any intrinsic value yet we trust such paper currency. We know that following a of Quantitative Easing practised in EU and USA has seen the printing of billions of paper currency by Central banks to calm the markets and wipe off excess liquidity. Holders of fiat currency hold no qualms to trust in its exchange value.

If someone asks how Blockchain technology solves this dilemma, the answer is that Blockchain deciphers the trust issue. Typically, we can ask ourselves five questions. These are:  Do we really trust the intermediaries?  Do we trust credit cards? Do we trust the fact that transactions represent real value? Do we trust banks? Do we trust our government?

Without going into the controversy which arises from answers to these questions one can do a reality check by saying that if and when cryptocurrencies become mainstream, then trust peaks. We all heard about Bitcoin, Ethereum and other coin variants which currently form part of a popular framework, yet there will be many others. Let us remind readers that located in Valletta is a company-styled Grand Central, hosting a service office and is fully operational concerning payments in Bitcoin.

This service was recently launched by Ravinder Deol, himself an international producer of cryptocurrency training courses. It is interesting to note how Grand Central being the first of its kind in Malta now offers membership plans to suit different working styles, ranging from a hot desk by the hour to a dedicated co-working desk or private office rented by the month.

In addition to providing members with fully serviced workspaces, Grand Central also has exclusivity in Malta to offer international partnership services. Its website states that thanks to linkup in London it offers guest membership of five business clubs in UK operated by The Brew, providing members with a London base and business community with whom to network. Quoting Iain Harvey, founder of Grand Central, he said: “We are always looking at what extra flexibility we can give our members and this time it’s that we offer payment channels.”

It is undoubtedly true that cryptocurrencies have had a very volatile year but even so Grand Central feels that their flexibility is paying off as membership numbers continue to increase. Banks in Britain and the United States have banned the use of credit cards to buy Bitcoin and other “crypto currencies”, fearing a plunge in their value will leave customers unable to repay their debts.

Here one can mention that Lloyds Banking Group Plc, recently said it would ban its credit card customers from buying crypto currencies, following the lead of JP Morgan Chase & Co and Citigroup. Quoting Joseph F. Borg, VP of Bitmalta, he thinks the technology will also transform banks, whether they like to embrace it or not. In the meantime, there is speculation that a handful of foreign banks are applying to the MFSA for a licence to provide virtual currencies business in the coming months. In this way the unassailable vision of Silvio Schembri will become a reality and the entire island gains.