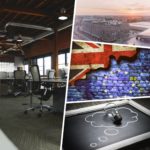 The latest EU semester report on Malta issued in Brussels showers the Muscat government with accolades on the areas of job creation, stellar GDP growth, controlled inflation, a healthy balance of payments and (after 30 years of annual deficits) how it managed to register a modest surplus.

So where is the Achilles heel of this tiny island with no natural resources located at the periphery of Europe?

The answer is given by Eurostat which shows that we rank among the lowest four in EU 28 concerning investment in research and innovation. It does not make happy reading when we discover that we rank below Bulgaria as the fourth from the bottom with a ratio of a mere 0.61% of GDP in 2016 compared to the EU average of 2.03% and a common target to reach 3.0% by 2020. Few know about such dismal statistics as they are not the flavour of the month yet politicians all agree that the island needs to do more to boost its contribution to R&D. In this context, the government in its 2018 budget is pledging to open the taps for more investment.

The UK is now facing the same problem in the midst of divorce negotiations under the Brexit deal. The UK fears that unless it allocates more funds towards R&D it will quickly lose its sixth place in the Eurostat ranking and foreign manufacturers may migrate to other EU countries to continue to benefit from generous grants.

For years, foreign pharma and aerospace firms in the UK lavishly benefited from the EU’s R&D grants using it to subsidise some of their most basic research. Last November, the chancellor of the exchequer said he wanted to push total R&D spending from 1.67% to 2.4% of GDP, past the EU average of 2.03% but this all depends on whether the post Brexit economy can afford it.

Back to Malta, the good news is that last year both political parties promised, in their election manifesto, to increase investment in Innovation. PKF thinks that its efforts to attract a US-based organisation does not come a moment too soon.

PKF had tried to apply for innovation capital from the Board of Governors of the National Development and Social Fund but this was not entertained.

We all know that the Development Fund now exceeds €500 million in assets from IIP scheme and that it recently decided to invest in Lombard Bank Malta p.l.c to acquire ordinary shares representing 49.01% of the total issued share capital. Previous to this acquisition it also approved the funding of 2.91% of the BOV’s shares, amounting to €21.8 million. It is never too late for the Development Fund to change tact and funnel some of its Treasury into innovation provided this is placed into a reputed international facility.

Alas the objective of having an innovation and business accelerator centre of caliber will prove to be a true catalyst to anchor existing research within the diverse manufacturing community and attract new investment. This roadmap is an ambitious one as European governments are in competition to attract international companies and start-ups particularly focused on fintech, Life Sciences, Artificial Intelligence and cutting-edge technologies.

Which brings us to ask why PKF is keen to put its shoulder to the wheel and attract investment in this regard. Two years ago, it pioneered a familiarisation trip which visited Massachusetts Institute of Technology (MIT) in Boston, USA to explore links to promote Malta as a potential business accelerator and/or Life Sciences hub for innovators, inventors and entrepreneurs. Such a visit was undertaken with the blessing and patronage of Chris Cardona, deputy prime minister and minister responsible for the economy and start-ups. Having created the systems and attracted the talent necessary to develop ground breaking intellectual property, universities such as Harvard and MIT have sophisticated systems in place to commercialise innovations.

These include robust mechanisms for licensing new technologies to third-party companies that can help to build businesses around those ideas, and for working with investors and other groups. One may question why one should try to copy the success of Boston when we can do our own homogeneous structure. The simple truth is that while the success of factors at play in Boston is not exclusive; yet Europe can learn from the Commonwealth of Massachusetts. But, to do this, our commitment towards R&D needs to be reinforced.

Although conventional thinking would dictate otherwise, many believe it is our obligation to the next generation of Maltese business community to move away from kneejerk political partisanship towards a longer view that embraces opportunities for collaborative policymaking. We need to diversify from an unbridled drive towards the property sector and sow new seeds for other industries.

It can and must start now, to anchor our success in sustainable technology by attracting innovation to our shores. Observers tell us we can secure this by nurturing a start-up ecosystem that allows new enterprises to emerge and create disruptive technologies. As an independent country, our potential is limitless. Malta boasts a lifestyle which is the envy of the world. What we miss is a critical ingredient.

This is the concentration of innovation-based research institutes and commercial organisations under one roof which makes it easy for researchers, businesses, venture capitalists, service providers and government officials to meet physically where members of the local innovation ecosystem can literally bump into each other. This is the hallmark of success that is overflowing in the offices of Cambridge Innovation Centre (CIC) – and in the associated non-profit Venture Café, where tenants, external entrepreneurs and others can mingle and learn. CIC was founded in 1999 as a commercial co-working space, and now houses about 850 companies. Many of those firms are technology and life sciences start-ups working alongside venture capitalists (representing funds with some US$7 billion in assets under management) and service providers such as accountants.

According to CIC founder Tim Rowe, he believes that policymakers, businesses and others with an interest in innovation should think in terms of policies which allow for the concentration of money, ideas and talent.

In conclusion, having toured CIC in Boston US, the PKF delegation were guests at the Venture Cafe – an organisation which funds promising talent. Ideally with money from the National Development Fund one can invest to build a Centre of Excellence populated by graduates from a future Barts Medical school, AUM, and supplemented by existing alumni from MCAST, University and other colleges-all acting in unison to attract talent and turn Malta into a nexus of superior minds in the Med. Only thus can our ranking in the R&D placing at the next Eurostat list improve from its present low grade.