Unemployment¸ absence of growth and no long term vision were the basic context of the European elections. No big surprise thus¸ those who manage to held the situation are rewarded (Germany)¸ the others are sanctioned. Those elections were a good test for actual governments. On the 24th of May 2014¸ immobilism of many governments received the expected answer: populism. However¸ it would not change anything here as the majority of elected people are pro-European. 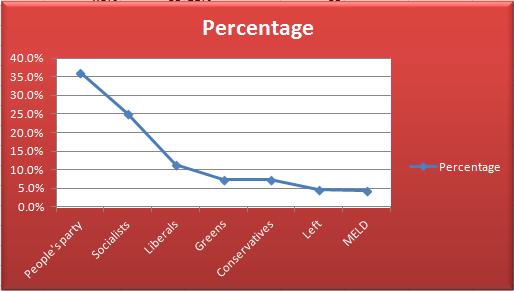 In England first¸ the euro-skeptic party UKIP almost kicked out Tories from the podium.  It gathered almost 28% of votes¸ whereas David Cameron’s political party got 24%¸ right behind the labor (25%).
Nigel Farage’s party created the surprise by blowing the three main historic political parties.
Euro-skeptics were also ranked first in France¸ where the far-right party got the 4th of the total vote¸ far beyond socialists¸ the actual President party. Both votes are considered as a message from the people to their own government to prove them they failed to impulse structural reforms and ameliorate the households living conditions¸ especially concerning employment and purchasing power. The Populist Party also won in Spain (26%)¸ not far after Socialists (23%). To finish with¸ Denmark ended with 23% for the populists.

A rare fact in the Europe of the 21st century¸ a far-left party ended-up first. This isolated case is Greece¸ the only country in the EU that has to deal with a “rescue plan”. It came as an answer to the actual liberal government led by Mr. Samaras. This result is not much surprising as austerity has been really important there.

Countries such as Germany benefited a good continuity of the vote trend¸ with a strong correlation between the vote for their government and the vote for EU representatives. This was the case for Malta¸ where socialist got more than half of seats¸ followed by nationalists (around 40% votes). Hopefully for Italy¸ Renzi’s party arrived first with 23 seats¸ followed by the Cavaliere’s party and its 17 seats. This vote confirms that the actual President of the Council is doing well. This signal should reduce the price of Italian sovereign debt and gives it a bit of fresh air for reforms.

In other countries such as Belgium¸ elections were contrasted the socialists get as much seats as liberals and democrats. The country remains balanced.  In Poland too¸ as the surprise of a victory for socialists is questioning the capacity of the democrat government to lead the country the way people wanted to. In Sweden¸ the President’s party¸ the conservatives¸ met a large defeat¸ but the winners¸ the democrats¸ do not represent a shift paradigm as in many other European countries. 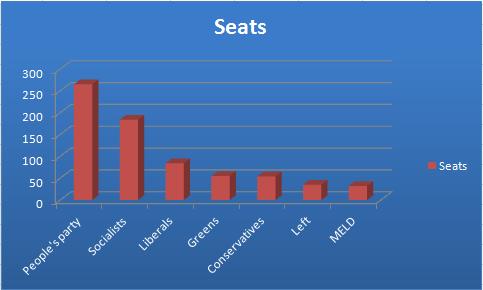 As a conclusion¸ we can see that many of the first countries that built Europe are no looking back to themselves in order to find solutions to national issues. The absence of structural reforms does not help economy to get back in track properly¸ even if small signs of growth do exist. Populism is gaining power and the interest of people for Europe is falling. Only future will tell if the actual dynamic will continue. However one must be aware that if sovereign debt keeps on rising the latter is likely to be true.