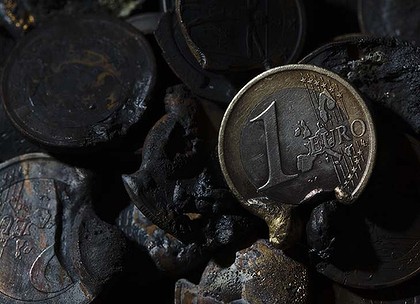 It was more than seven years ago when champagne celebrations marked Malta’s triumphant entry in the EU club.This was followed by fireworks and expressions of joy after a closely fought internal referendum which returned a majority of over 53% of the electorate who voted to join the EU in 2004. In 2008 in a smooth transition Malta discarded the lira and embraced  the euro.  It was thanks to a concerted effort by all stakeholders who concurred for 6 months not to raise prices following the over night conversion from lira to euro. This pact of solidarity signed by most importers and wholesalers vowed to maintain a price stability.  It was religiously observed and worked like clockwork thanks very much to the zeal and enthusiasm of the ubiquitous euro conversion team leader Alan Camilleri.  Now¸ three years later and  the honeymoon period may soon be over as we notice the newly weds are contemplating divorce.  If euro breaks up¸ will the old currency be resurrected?  Imagine if the worst happens and the euro coins and notes where to be collected in exchange for freshly  minted lira proudly showing printed prominent smiling faces.  It would be a nasty U turn. Euro sceptics in Malta  are having a ball as they sneer at critics who proved them wrong when extolling the virtues of joining the euro in 2008. Then euro was rated the best thing in our recent financial history meant to open wide open the doors to prosperity. Certainly it provided a good shelter when the sub-prime crisis hit the fan. Yet for a moment¸ imagine the grim resentment felt by the public if three years later  they are faced with the humiliation of reconverting their savings back to the old decimal currency (probably the Malta lira).  Banks will give up their ghost faced with the nightmare of a potential run on deposits while the cost of converting the ATMs¸ cash registers¸ credit cards and accounting software will not be welcome – especially at a time of an economic slowdown. As can be expected  people will protest in the streets in their thousands fearing their lives will suffer particularly as  inflation soars. It is certainly a nightmare nobody wants to endure but then why are British embassies in the eurozone been told to draw up plans to help British tourists through the collapse of the single currency¸ amid new fears for Italy and Spain?

This news item has caused any international confidence in the euro to evaporate¸ and surprisingly even German bunds have  lost their “risk free” status. Is the Teutonic giant not Teflon coated and is it not immune from the Mediterranean curse?  Suddenly¸ it is as if no-one wants to hold euro denominated assets of any variety¸ and that includes what had previously been classified as the eurozone safe haven of German bunds. Is this the tell-tale sign that the end of the euro empire is imminent? Ask the Economists newspaper which featured a front cover depicting the end of euro. Who knows whether the colossal meeting planned in Brussels will be successful to concoct the elixir that will resurrect the ailing currency. The German Chancellor¸ Angela Merkel¸ and the French President¸ Nicolas Sarkozy¸ will meet in Paris on the 9th December hoping to agree on the fine print of a long-term credible plan based on fiscal union.  More on this issue later on in this article but for now let us judge whether taking out insurance against the possibility of euro