Malta’s educational north-south divide has been confirmed by the 2011 census which revealed glaring contrasts. 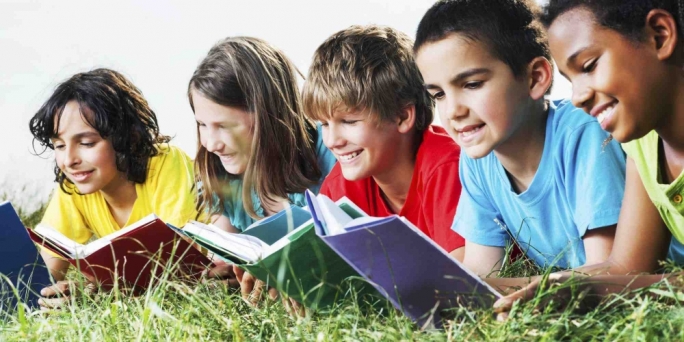 The Prime Minister said the investment in Microsoft 365 software will be benefitting around 40,000 children as this is expected to save around €100 each child and this software will be available to use in up to five devices.

This is certainly a move in the right direction, but some say too little too late when considering the problem of high levels of school leavers and illiterates in Malta. The problems are deep rooted and there seem to be no quick fixes. Yet getting our education system to function well must be a top priority for the government, which has recently inherited the system after a long period sitting in the opposition benches.

It is not impressive to read that overall only 14% have completed a tertiary level of education in 2011.

It appears that the incidence of illiteracy is more prevalent in southern inner harbour towns where for example only 3% of Marsa’s population and 4% of Bormla received a university level of education. It is a shame that after millions of euros have been allocated since Independence to train the workforce, the 2011 census confirms a dysfunctional system that fails 507 youths who are not able to write and read.

The survey reveals that 1,256 persons aged between 10 and 19 do not know any English while 2,105 only know a little English – this totals 7% of this age cohort. More bad news comes out of the census as it reveals that 18% of people aged between 15 and 19 have no educational qualifications while 14% left school with just a secondary school leaving certificate. At the dawn of the new millennium we sport 1,497 illiterates under the age of 30 and 12,872 persons over 60 who are illiterate.

A lot has been written by parents on the poor quality of schooling at secondary level where because of this students are stressed attending expensive private tuition to improve their chances of passing O levels (particularly in science and English subjects).

So is there a solution in sight? Nearly three-quarters of teachers acclaim in unison that a solution lies in reducing class sizes (so building more schools). This is certainly one of their top three priorities. But on the other hand does the problem lie in teacher’s own low educational standards –are they being given sabbaticals to update themselves and indulge in continuing education facilities?

Perhaps the solution is to increase the school attendance schedule, which some contend is too short – being reduced by exams and staff holidays. Again, a higher quality teacher cohort is a crucial factor to improve the value of teaching, with the growth of digital aids in class rooms (such as tablets, interactive digital whiteboards and handhelds) – this may also pose a challenge for older teachers suffering from the digital divide.

There are also a number of barriers to entry to the teaching profession. These include rising standards which may dissuade youths from entering the profession and in particular stiff employment conditions may not be comparable to other civil service grades. Teaching is said to be one of the most stressful and poorly paid of local professions (unless supplemented by extra income from private tuition).

One reads in the newspapers about teachers complaining of bad, abusive or violent behaviour towards them from pupils and, increasingly, from their parents. Given the shortage of teachers, another solution is to encourage more mature teachers to join. How about trying to encourage mature graduates to join during limelight years of their retired professional life, aged 60 or above.

We know this does not happen in practice and partly explains why there is more demand than supply, particularly for teachers in science and maths subjects. Others might disagree why this is so, when a teacher’s working day is relatively short, compared to workers in manufacturing, and school holidays are equally generous. Students attend school for 170 days in a year, the shortest school year in Europe, yet the Malta Union of Teachers is vehemently against any shortening of the summer holidays or the extension of school hours.

Something has to give… can we tolerate the poor performance of the student population, particularly of those students hailing from the south. Certainly the PN government has been active in building first class schools in all parts of the island, including the plan to set aside an impressive sum of €120 million to finance a project to extend the MCAST campus at Paola.

But quoting Sir Peter Lampl, chairman of the Sutton Trust, he said: “The key to improving the attainment of disadvantaged pupils is not necessarily how much money is spent in schools, but how much is spent on what is proven to work in the classroom.”

Checking the statistics shown in the 2011 census – this gives a depressing state of affairs, particularly in the harbour area. But considering tertiary education is free for all and generous stipends are paid since many years, why is the intake so poor from this region? The paradox remains that although stipends assist students from poor families, students from affluent middle class localities still dominate and excel in marks.

How can one explain that schools enjoying the lowest rates of unauthorised absenteeism are located in the north? The sad conclusion is that the current school system is failing a large number of our children. Cynics blame past attempts to move away from the problems with the comprehensive school model in the 1980’s, saying this experiment led to a multiplicity of school-types with varying philosophies driving them which are confusing, resulting in an inefficient use of scarce resources in their quest to eradicate the high rate of illiteracy in our society.

Critics say that unless seriously reformed, the system will remain disunited, lacking a coherent central philosophy, and devoid of any genuinely radical or new initiatives. How can one justify that only a third of boys who finished their obligatory education in 2008 continued their studies after the fifth form. Quoting the educational system in Australia with its ability to offer regional independence, overall coherence and capacity to run the public and private sectors alongside each other productively can be a starting point.

It is tempting to suggest a scheme of seconding teachers for a year from schools in the south, plagued with high absenteeism, to high-achieving independent schools in the north so as to acquire incisive skills and mingle with gifted and talented pupils. Another bone of contention is homework. Studies show that the optimum time spent doing homework for secondary school children is one to two hours per school day. Quoting psychologist Victor Martinelli: “There is a culture of private lessons where even students who do reasonably well at school attend private lessons.”

It goes without saying that over-burdened syllabi, over-zealous teachers, and excessively competitive parents all share part of the blame for the stress that our students are made to endure. The government however has no intention of increasing the number of school days or extending school hours, and the MUT has also rejected the idea.

Schools will open at usual routine and there is still no solution in sight to improve absenteeism and illiteracy – apart from issuing free tablets to students. Taxpayers may humbly ask – what are the chances of an effective educational reform – one which creates a medium term paradigm shift in teacher status and at the same time fights illiteracy in all schools. As an island with no resources except for the human cohort, this calls for major surgery – politicians wasted too much time on palliatives.