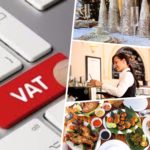 Discussing the economics of dining out for the Christmas lunch or dinner is spurious when tradition in Malta calls for a family gathering eating at home.  But now that a feelgood factor is in the air and our political leaders harken us to be less parsimonious given our latter day gift of an economy showing a surplus, albeit small, it is a good time to evaluate alternatives.

This is also the time for lavish Christmas office parties, an arena for people who normally go to restaurants for merriment yet this time the management provides free food and drink on the premises with paper hats for all. There are solemn speeches about the business and its extolling strategies ahead while junior staff indulge in an extra drink teasing their managers – singing and sporting party hats because it is all free.

On Christmas Day itself, the mood is more somber and formal. The classic choice is for eating inhouse of the parents or loved ones, savouring home-made puddings and other delicacies – a gazillion calorie dessert.

Do we dare break with tradition and give our wives and girlfriends a respite from preparing a glorious full scale Christmas meal which on average takes a back-bending 24 hours to prepare?  Is it so bad that they can forgo the misery of waking up at 5am to discover that the turkey doesn’t fit in the oven or that the asparagus is not fresh? Why is the mixing of the creamed cabbage so difficult to get that exquisite taste?

Do our partners and loved ones want to throw the kitchen towel as we surf our smartphone to book for outside catering – that is eat outside in the company of others perhaps in some traditional farmhouse restaurant where hearty meals are served by smiling waitresses with tinsel in their hair? The lure of home-cooking is immeasurable such that it goes without saying that the carving and serving of the triumphant turkey, bordered with red chipolata sausages and of course the famous sage stuffing, becomes by rite the honorary task regaled to the head of family.

There is no better time than Christmas lunch to sport the coveted carving set which invariably was a wedding gift.  It usually comprises a knife, a two-pronged fork and a steel for sharpening. Today, it’s rare to find a full set, as being an essential part of the weekly ritual sees father ineptly scraping the knife up and down the steel before diving into the joint. Few knives survive that sort of attention although the popularity of ceramic knives is taking top choice in most kitchen drawers.

Perhaps our nostalgia for the Victorian age, having been a British colony for so many years, will include memories of the bread winner, at the head of the table, to act out the role of the paterfamilias — the Dickensian icon set in a Christmas carol novel — judiciously dividing among his grateful family the bounty that his toil and acumen have provided. Such memories from the past form the liturgical objects of our Christian beliefs that have honed our rituals in our subconscious during the festive period.

A homemade Christmas dinner can be a thing of Dickensian beauty, but restaurant versions seem to have gone through some kind of transmogrification machine that tempt us to try them out even though tradition would see us resist the appeal to eat out on Christmas day.  Many retort that it is a family gathering and a very special occasion to be held within the four walls of the ancestral home.

That feeling of a once-a-year gathering can get lost when you don’t sacrifice your time pouring over recipe books planning the four-hour event and doing the cooking yourself.  Any catering disasters in the kitchen will be quickly forgotten once the jovial atmosphere kicks in. Such gatherings tend to bring out the convivial feeling that your family is being served and stays united.

Any minor peccadillos arising, say over burned Brussels sprouts, usually become the host’s fondest memories anyway.  The sentiment of staying at home and toiling in the kitchen for so many hours gives the chef a deep satisfaction seeing many smiling faces around the decorated table.  Is this introverted feeling shared with all, given that if you go to a restaurant somewhere where the cooking, clearing and hosting are taken away from you, it might feel that you can better partake of the company of family members without bothering about clearing the dishes, the laborious job to design menus and instead fully enjoy sharing of Christmas crackers and festive jokes.

Definitely in this modern age the option to book lunch outside is tempting and has its own merits. A lavish lunch for Christmas in a posh restaurant does not come cheap yet other options prevail for those on a budget who decide to throw caution to the wind and forget cholesterol levels by drinking Prosecco followed by indulging into a dome-shaped calzone filled with an exquisite cheese selection and truffle oil – all baked in a wood-fired oven – to be graced by chocolate covered profiteroles or liquid mint ice-cream solidified with liquid nitrogen.

Readers may well ask why Christmas lunches and dinners are so expensive.

Is it fair to pay the highest VAT rate on food and drink in the Mediterranean when other competing countries are charging lower rates?  The trophy goes to Luxembourg as it charges a rate of 3% on food and 17% on alcoholic beverages.

Needless to say, we ask why Malta charges a full rate of 18% on restaurant business albeit 7% on hotel accommodation and on meals served on combined all-inclusive food and drink packages. Now that the tourism industry is firing on all cylinders can we follow Greece’s bold experiment in 2013 and drop the rate on restaurants to 13% say on a two-year trial period?

At the end of it all, over-charging on meals is like burning the candle from both ends and will cause the catering sector to implode if remedial action is not taken to tackle challenges lurking under the surface.

In fact, a study carried out by PKF as part of its corporate social responsibility has concluded has shown that the amount of tax forfeited by government is superseded by the economic gain arising from the multiplier effect due to higher demand.

This is, indeed, the time of year when most restaurants resort to glittery kitsch which is a wonderful, life-affirming thing if only more patrons are attracted to book for Christmas lunch, once menu prices can be charged at a lower VAT rate.