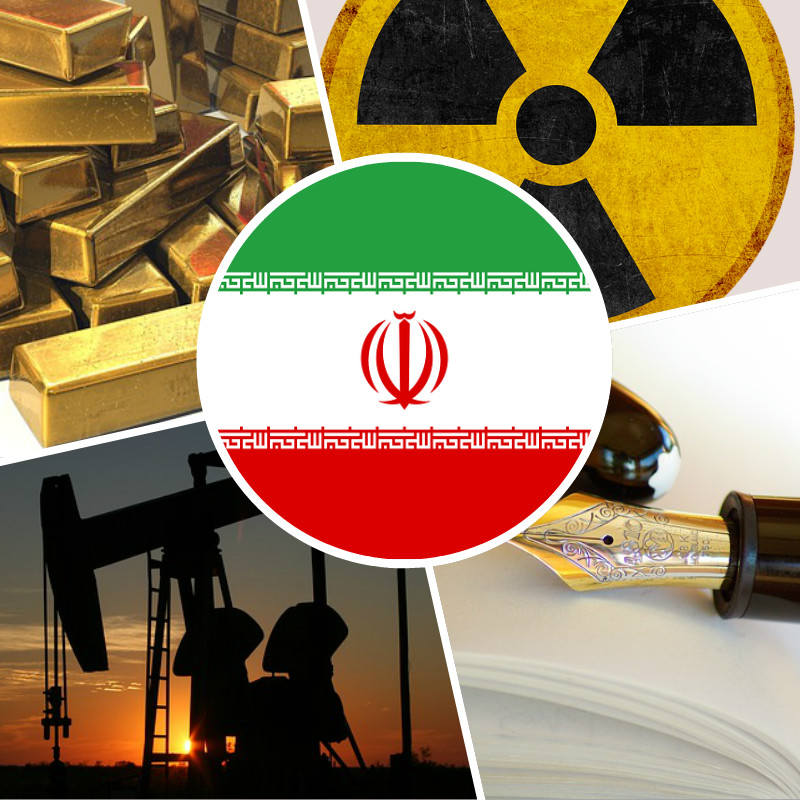 Israel’s Prime Minister, Benjamin Netanyahu, has again warned about a deal with Iran – describing it as futile.

Easter may be the perfect time of the year to signal a successful conclusion of the Iranian talks about dismantling its uranium enriching facilities. Israel’s Prime Minister, Benjamin Netanyahu, has again warned about a deal with Iran – describing it as futile.

These talks are now over a decade long and we have faced many promises from both sides that the end is near. There is acute pressure on the US and its allies to succumb to Iranian demands for all UN sanctions to be lifted at the start of a deal. So far there is a school of thought that Iran is to be relieved from major economic and financial sanctions in an effort to win political kudos with ordinary Iranians who have long been disenfranchised due to severe sanctions.

One official was reported to say “Once there is an agreement we want to show the Iranian people that this is paying off and paves the way to a more constructive relationship with the rest of the world.”

But French diplomats are more cautious. They publicly and privately warned during the last negotiating session that the US was in too much of a hurry to get a framework deal by the end of this month. Paris claims that there is no hurry to lift sanctions simply to meet the end-of-March deadline laid down by foreign ministers last November, after a previous deadline was missed.

A senior European official said: “This is not the endgame this week. There will not be an agreement by the end of this week, because the agreement will only be done when all the technical details are down and that is quite a lot.” The saga started in 2002 when international alarm was sounded over Iran’s nuclear ambitions following a discovery that it was building uranium enrichment centrifuges and heavy water production plants in Arak. The main issues that would have to be in a framework deal include Iran’s capacity for enriching uranium during the lifetime of a deal, how long that lifetime should be, the future of Iran’s underground enrichment plant at Fordow, and obviously how quick to dismantle the sanctions.

Diplomats from all sides were optimistic that significant strides towards an agreement were made at last week’s talks at Lausanne, on the shores of Lake Geneva which was due, to a great extent, to the presence of US energy secretary, Ernest Moniz, and Ali Akbar Salehi, the head of Iran’s atomic energy organisation – two physicists trained at the Massachusetts Institute of Technology.

During its murky past pundits saw Iran promising to suspend its enrichment programme and to cooperate with the International Atomic Energy Agency inspectors – a process which fell apart in 2006. Controversy continued to mount when in 2007 the Iranian President, Mahmoud Ahmadinejad, remarked casually about plans to make industrial quantities of nuclear fuel – this added heat to the controversy. As a result of the EU embargo and the US sanctions targeting its major importers, Iran’s oil exports had fallen to 700,000 barrels per day by 2013, compared with an average 2.2 million bpd in 2011. Iran is believed to have suffered a loss of about $26bn (£16bn) in oil revenue in 2012 from a total of $95bn (£59m) in 2011.

A major stumbling block in this latest round of talks is that Iran is pressing world powers to lift UN sanctions immediately, including lifting of restrictions on its research and development programmes. The decade-long discussions have been criticised by observers saying both parties do not trust each other even though currently, Iranian Foreign Minister Mohammad Javad Zarif had promised that Iran is willing to persevere in the discussions until an honourable solution is reached.

It is interesting to note how Iran’s President, Hassan Rouhani, who has staked his reputation on negotiating a lifting of sanctions, has come up against hardliners at home who do not trust the US intention to honour an agreement.

It is a fact that Iranians are suspicious of the West in general. Some can ask – is Iran ready to accept signing a deal at all costs? Really and truly, an agreement would bring the country in from the cold, diplomatically. It would potentially open up foreign investment in Iran, which has the world’s fourth-largest proved crude oil reserves and its second-largest natural gas reserves.

Observers in the oil sector do predict that hydrocarbon prices will stabilise if Iran reaches a deal this year and start pumping oil in higher quantities achieved at the pre-sanctions era. Iran at present is suffering under the imposed sanctions over all its petrochemical exports; imports of goods and services for its automotive manufacturing sector; and its import and export of gold and other precious metals.

The loss of oil revenue, which accounted for a half of government expenditure, and isolation from the international banking system, has caused Iran’s currency, the rial, to lose two-thirds of its value against the US dollar and caused inflation to rise to more than 40%, with prices of basic foodstuffs and fuel soaring. If the sanctions are lifted Iran can commence importation of spare parts and services for its civil aviation sector and will resume its efforts to establish a financial channel to support humanitarian trade and facilitate payments for UN obligations and tuition payments for students studying abroad; and modify EU procedures for the authorisation of financial transactions.

In short it can slowly start to improve the dismal living standards of its people with multiple visa restrictions when travelling to the West. In fact the cumulative effect of sanctions is no joke. Three years ago, the EU froze assets belonging to the Central Bank of Iran, and banned all trade in gold and other precious metals with the bank and other public bodies.

Six months later, an EU ban on the import, purchase and transport of Iranian crude oil came into force. The 28 member states account for about 20% of Iran’s oil exports and in due course, European companies were prohibited from insuring Iranian oil. Almost three years to date, the banking mechanism Swift, based in Brussels, that handles global banking transactions, had unceremoniously cut Iranian banks from its system, making it almost impossible for money to flow in and out of Iran via official channels.

Following this severe restriction on money transfers, Iran faced other severe sanctions by the EU which effectively banned any transactions with Iranian banks and financial institutions, as well as the import, purchase and transportation of natural gas from Iran, the construction of oil tankers, and the flagging and classification of Iranian tankers and cargo vessels. But Iran found ways how to bust some of the sanctions with the help of major banks such as HSBC, Barclays and Standard Chartered which built substantial profits sourced from trade with the Middle East during the past decade.

This is also the region where their reputations have been most tarnished over the past as banks have admitted to different degrees that they were engaged in sanctions busting on behalf of Iranian clients – even if they differ on the finer points. Such international banks conveniently traded via Dubai-based units acting as important conduits for funds. Another culprit in the sanction busting saga is Schlumberger – the international oil and gas services provider based in Houston which this week  has pleaded  guilty for violating sanctions in Iran and Sudan, according to the Department of Justice.

In conclusion, if talks progress and an honourable solution is found this will immediately benefit both sides. For the West there can be some relief that the scaremongering by Israel pointing to Iran secretly arming itself will be defused and the oil price on the international market will continue to stabilize. For the Iranians the current mood is best gauged at Tehran’s grand bazaar – the heartbeat of the Iranian capital.

Quoting a dealer in foreign currency he said “The fluctuations in the currency market affect us directly and in general people don’t buy now because prices keep going up and down, but if the negotiations succeed, we will finally have some stability.” The question is – will Easter bring a ray of hope to both sides? Only time will tell.