Europe’s economies are benefiting from many supporting factors such as the drop in oil prices together with an encouraging steady global growth while the euro has continued to depreciate thus making exports cheaper. 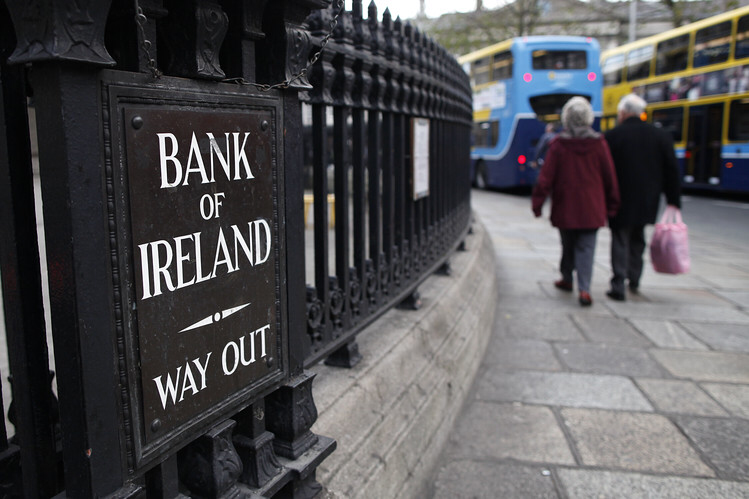 All this can slowly support economic policies having an overall fiscal stance to being broadly neutral – neither tightening nor loosening – this fiscal policy is slowly accommodating growth. Yes, contrary to predictions by some economists, the quantitative easing by the European Central Bank is having a significant impact on financial markets, contributing to lower interest rates and expectations of improving credit conditions.

The dreaded times of austere measures ( except for Cyprus and Greece ) are slowly receding in our memories and as a result, real GDP in 2015 is now expected to rise by a respective albeit modest 1.8 % in the EU and by 1.5 % in the euro area. For 2016, the Commission forecasts growth of 2.1 % in the EU and of 1.9 % in the euro area. As a general comment, one notes that healthy demand is the main contributor to GDP growth, with an acceleration of private consumption expected this year with a rebound of investment next year. The wonder kid on the block is certainly Dublin which has seen spectacular growth since the days of bailouts by EU of its three banks which lead to a string of austere measures. It now welcomes FDI, thanks to effective promotion by agencies such as IDA and Enterprise Ireland that has seen to the maintenance of multinational companies with some notable new additions.

For instance, Apple is set to make its biggest ever investment in its European operations by spending €1.7bn on two new data centres, the first of such facilities it will have built outside the US. One of the new buildings will be in Ireland which will also see a massive investment in renewable energy sources to supply power to the facilities to be fully operational by 2017. During my recent visit to Dublin to attend a PKF symposium I attended to a number of presentations by IDA and Enterprise Ireland which centered on the swift revival of the economy and how the country has managed to trim its fat and end up in a lean administration- now totaling just 300,000 civil servants which is almost 15% down from its peak.

Fiscal reforms also contributed to improved affluence such that Dubliners have more money to spend, a better chance of getting jobs and are slowly finding their feet again after a marathon recession even though more needs to be done to spread such economic revival to other cities where unfortunately the story is still one of stagnation.

Can Malta ever learn the ropes and like Dublin start to be noticed on the radar of internet giants like Google and Facebook? The sure answer is that Malta enterprise has attracted a number of ventures like the Bart hospital, the Sadeem investment in an American University and of course the massive investment by a China State company in the national utility company but more needs to be done to reach the standards and quality of life enjoyed by Dubliners with their hefty average salaries.

Dubliners must have heaved a sigh of relief when they read about the government’s intention to finally declare an end to seven years of austerity. Taxpayers will be welcoming cuts in income-tax rates as the first step in a three-year program to ensure they will hold on to more of their earnings while accelerating the multiplier effect. All this came about when the Irish Finance minister presented the 2015 budget predicting that the Irish economy will grow 3.9% in 2015 (compared to 3.5% in our case) and continues at the rate 3.4% for the future up to 2018. More good news follows that the budget deficit will narrow to 3.7% of gross domestic product this year but on upon reflection.

Malta has done better, as our plan is to reduce our deficit to 2.1 per cent of GDP by the end of this year. Continuing on the Irish scene we congratulate their finance minister on his sunshine budget promising to reduce the deficit will fall to 2.7% of GDP next year thus honouring a pledge to IMF and EU to bring it below the limit of 3% under EU rules in 2015.The reduction in deficit did not come at the cost of additional taxes on the contrary there will be cuts in income taxes amounting to €580 million matched with increases in excise taxes on tobacco of €167 million. The Celtic tiger has come out of the infirmary and is now poised to sprint ahead. It looks like a miracle how as a result of biting the bullet and enduring strict discipline.

The dreaded Irish austerity budget that started in 2008 was in response to the collapse in house prices that weakened tax revenues and led to huge losses for banks heavily dependent on non-performing loans to the construction industry. As a result of the fragile economic situation the government had no alternative but to bail out the three main banks at a huge cost to taxpayers. Certainly the Irish government is poised for more rational decisions on how to avoid the profligate tendencies of the past and never to return to the boom-and-bust model so beloved by previous administrations.

An innovative move was the decision to remove the “Double Irish “tax loophole where a number of multinational companies used it in avoiding paying tax on a wide scale. This was a pre-emptive move following heavy criticism at EU level on how typically Apple had used the loophole to drastically reduce its tax liabilities. It mirrors the latest attempt by OECD and Group of 20 to introduce restrictive tax measures called the avoidance of Base erosion and profit shifting ( BEPS ) even though the controversy over Ireland’s corporate tax regime opens up broader questions about the EU’s jurisdiction over tax issues. It is interesting that Ireland like Malta has for a number of years promulgated incentive legislation to non-resident companies to set up business and create employment. Naturally its success in attracting so many international companies may have received negative comments from competing countries and one may recall how in the past the EU found the 10 per cent corporate tax rate offered by Ireland to certain activities in the IFSC and Shannon Zone to be unfair. The criticism was partly responsible for the system to be phased out and for the creation of the current flat 12.5 per cent corporate tax rate for all companies which compares favourably to our rate of 35%.

In contrast, Malta has registered respectable growth of late starting with a rate of success of financial stability in 2014 that was partly attributed to an increase in real terms of 2.1% in private consumption sustained by a robust growth in employment and growth in disposable income .Wages and salaries have generally improved while Government expenditure is projected to rise by 6.0 per cent due to better conditions offered to its employees and other running costs. Due to vigilance by Malta Enterprise one is glad to read of an increase in gross fixed capital formation which is expected to increase by 14.3 per cent in 2014. Yet, the fly in the ointment is low competitiveness and one expects the Commissioner for Simplification is start an awareness campaign within the Mandarins at the civil service to improve the flow of deliverables beyond 2015.

In conclusion, while tourists and Dubliners share a pint of Guinness at any one of its thousand friendly pubs, we augur that the economic revival of the Celtic Tiger in the city of Dublin will continue to flourish to reach all its other counties.