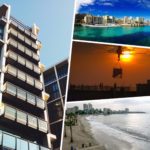 Last year saw a lot of angst showered on the publication of a masterplan drawn by consultants to the then Malta Environment and Planning Authority for the redevelopment of Paceville and its environs. This was carried out by foreign consultants and was subjected to extended public consultation. Once approved the plan (if modified) will start to be implemented following the snap election result.

One of the main protests is that rents and selling prices will rise too much, forcing residents to leave Paceville (gentrification phenomenon). It is highly likely that this could happen: the dwellings located in good and nice areas are always revalued upwards. This is not meant to be only a threat, it can be also a good opportunity for those who have intention to sell their properties.

However, it is very important for the government to establish rules in order to avoid unbridled speculation, and protect the interests of the inhabitants. The ambitious Paceville project includes land reclamation linked to the Portomaso complex.  Stoically, environmentalists remind us of 50,000 vacant properties, fanning the risk that the property surplus will continue to increase, as would the dependency on the construction industry.

A recent visit by Hussain Sajwani, chairman of the global property development company Damac Properties, having a net worth close to $6 billion, seeking investment opportunities, has fanned speculation about more mega projects. Hussain is reported to have had a private meeting with Prime Minister Joseph Muscat at Castille and discussed potential business investments in Malta.  Indeed Smart City is another site where a mega development is touted to be erected and already many units are being sold on plan even ahead of parliamentary approval of change of use.

Economists warn us that balancing demand and supply for luxury properties is risky and quietly remind us of millions in unsecured bonds raised to finance projects.  Banks have been warned not to lean too much on mortgage lending while the incidence of non-performing property loans do loom ominously ahead. But can we hold progress? The European Commission and IMF recommended close monitoring of developments in the property market, in view of exposure to the financial sector.

Countries like Spain and Ireland have faced financial collapse for their total reliance on the construction industry which ultimately endangered their financial stability. A vivid example can be found in Marbella (located in the Province of Malaga as well), where some dwellings were built in the prime beach locations and only after many years the Spanish court ruled that those permits are illegal, as they were all built in green areas mainly as a result of lax controls and an overzealous approach by the majors and hints of the corruption by the administration.

In Alicante (near Valencia area), this last factor plus the speculation provoked an uncontrolled growth of the city which has in turn produced a chaotic touristic plan.  It is a known fact that a real estate bubble took place in Spain during this period and that when it burst it left a number of bankrupt developers and has shaken the solvency of a number of top Spanish banks. It is to be reminded that Spain witnessed the cruel effect of an unbridled property bubble exacerbated by issue of uncontrolled permits over use of land, spiced by speculation and massive construction, especially in the coastal areas.

It is true that while the going was good Spain enjoyed a boom and saw these luxurious dwellings bought by locals as second residences. Really and truly in many cases the owners were foreigners who faced extreme difficulties to offload them when the property market collapsed. So it is not surprising that the Paceville masterplan fostered such a negative dialogue with the population and other NGO’s, even though there are positive aspects as everyone agrees that the environs at Paceville urgently need a boost.

Certainly, it is important to control gentrification and to ensure that the government properly regulates all the building permits, taking care of the citizens’ concerns, and following some of the MacDonald positive recommendations, particularly those increasing the utility of public services in the area.

Can we learn the lesson from Spain? It is a worn out cliche to caution that one should never let residents fall hostage to the private interests of unscrupulous speculators.

Back to the subject of reclamation, it is interesting to read about a study authored by leading British consultant Scott Wilson which inter alia states that this could only be feasible if it is subsequently developed along lines similar to the plans for Smart City – which with hindsight never materialised.  Smart City in 2006 had been ambitiously evaluated as producing net annual benefits to the economy of up to €800 per square metre.

There remains a question mark over whether there is sufficient demand for this scale of development of 22 high-rise towers. Rumours are gathering steam that land reclamation may return to the fore given that most prime sites are getting quickly swamped by developers and the sea seems the logical way forward. Readers may be informed that as a general rule land reclamation using waste material is technically feasible, providing it is bundled and expertly contained.

Without containment, waste material is subject to rapid erosion and dispersion across large areas, which is environmentally unacceptable. Simply put, bundling would take the form of a breakwater, constructed by one of a number of methods, including a rubble mound, supported by concrete or steel caissons. But not everything comes easy when using bund construction as it is only feasible in areas of the seabed shallower than 20 metres (i.e. areas within the -20m contour).

The study also states that locally there is reasonable knowledge and technical knowhow for the construction of breakwaters, but project management has to be efficient otherwise costs and risks can increase rapidly.  It is encouraging to note that the cost of creating the reclamations in shallow waters was assessed as ranging from €42 million to €546 million. Paradoxically, it was the extension to the coastline in the preferred shallow area at Bahar ic-Caghaq coast that proved to be most profitable but at the same time the area was excluded for ecological reasons.

One wonders how the feasibility of the Portomaso reclamation compares as there the water is deeper. Politicians cannot halt Dubaification, which is hitting our shores, so does this mean we cannot save defenceless sea urchins and luscious posidonia oceanica meadows which are a major environmental casualty in the process of land reclamation.

Luckily, this habitat is protected under EU law, and only a development of national importance would justify construction in this area. In conclusion, it is tempting to carefully regulate land reclamation projects as studies show they would generate jobs plus additional benefits of accelerated GDP growth with a yield rate of return to developers of 10-40%. The hopes of deliverance for our sea ecosystems fade as the cash registers ring happily while the attention of readers is diverted this summer in the quaint election contest to choose the next Opposition leader.