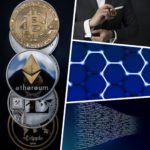 At the beginning there was man. Much later he created Blockchain technology and with this creation he hopes to liberalise the commercial cosmmunity from some of its bureaucracy, and in the near future to decentralise trade in a seamless fashion.

When Blockchain technologies were developed, the masterminds behind the concept of a decentralised autonomous organisation (DAO) company created the tools necessary to turn their ideas to a practical use. Simply put, Blockchain technologies introduced the concept of a secure digital ledger, which could track all interactions of its members across the Internet and thus provide a safe and secure environment.

As is the case in farming where one cannot avoid the damage made by pests and disease, so equally, because of hackers and corruption, it was thought important to invent a secure distributed database held by all users of the Blockchain. The uses for DAOs with their unique infrastructure are remarkable in scope.

Allowing for regulatory oversight one may conceptualise how in the next decade Blockchain data could replace many public records like birth certificates, marriage certificates, deeds, mortgages, titles, police records and missing persons. Healthcare clinics can function autonomously, and if Malta succeeds in its quest to become a Blockchain hub, it can attract many software development companies which can employ thousands of independent programmers.

Back to DAOs – one may ask what is so autonomous about this organisation. The answer is that by implementing unique tools these empower the organisation to run without managerial supervision. Thus, a DAO is a business or organisation whose decisions are made electronically by a written computer code (smart contracts) or through the vote of its members. The novelty lies in an intricate system of hard coded rules that define which actions an organisation will take.

Most commonly, one finds that DAOs are funded by members using Ether and this will usually provide members with tokens, proportional to their investment, representing voting and ownership rights. These tokens are freely transferable and their price fluctuates over time, in a similar fashion as happens in stock markets.

The utility of these smart contracts is the ease how they can be programmed to carry out a variety of tasks, such as releasing funds after a certain date or when a certain percentage of voters agree to fund a project. So far, DAOs are mainly found in the FinTech sector. The main focus here is on the digital currencies, which can benefit from a sophisticated and fast organisational structure traditionally facing a volatile and fast-moving market.

One notes how DAOs were facilitated by the development of Ethereum, a public Blockchain which provides a decentralised virtual machine to execute peer-to-peer contracts using its own cryptocurrency, namely Ether.

The Ethereum network uses Ether as the currency for transaction fees on its Blockchain for the purpose of compensating the providers of the network for providing computing power to validate actions taken on the Ethereum Blockchain. Ether can be compared as the essential energy source to power all Ethereum transactions.

At this stage, readers may ask what is Ethereum. By definition, it is a distributed network formed by thousands of nodes (computers running the Ethereum software) around the world. To put it into perspective, whereas Bitcoin records the creation and transfer of Bitcoins in its global ledger, Ethereum, in addition to recording the creation and transfer of Ether, stores “smart contracts”.

The advantage of such technology is that it’s difficult to change the smart contracts once it’s deployed into the Ethereum Blockchain. This is what renders it tamper proof.  Let us mention some examples of DAO projects starting with Digix global, the DAO company and the virtual currency Dash. Dash is a cryptocurrency unlike most others because it is neither a development platform nor is it like first cryptocurrencies with their huge transactions fees, waiting times, and volatility.  Dash is decentralised peer-to-peer electronic cash built on core of Litecoin which is decentralised in governance and founded via its own network by mining.

This is what makes it autonomous and independent from any authority but its own users. Having discussed DAOs and Dash can we comment on resistance to change faced by these technologies in the world of business. Starting from the East we find that both India and China have experimented and learned some lessons on how to deal with Blockchain and the vagaries of virtual currencies.

Recently there has been a negative attitude from the Indian central bank which is precluding residents from purchasing any cryptocurrency through their bank accounts. It also bars banks from providing services to businesses “dealing with or settling virtual currencies”.  This means that traders will no longer be able to deposit or withdraw fiat currency at cryptocurrency exchanges.

India justifies this total ban on the grounds that it may be used in anti-national, illegal and nefarious activities such as terrorism funding, illegal trade of arms and drugs, bribery, money laundering, tax evasion and payment of ransom. Moving on to China, one notes that the Blockchain technology has received full endorsement from its President, Xi Jinping.

China recognises Blockchain technology as part of a technological revolution with a potential to reshaping the global economic structure.  Back to Malta, it has been seeing a respectable number of investors wishing to set up a virtual currency base.

The latest is Binance, one of the largest cryptocurrency exchanges in the world, which plans to engage up to 200 people according to its CEO Zhao Changpeng.  Another applicant is a high profile Blockchain business based in Berlin. The CEO of Neufund, Zoe Adamovicz, said, “We want to kick-start the creation of crypto-friendly laws with Malta’s DLT framework initiative already serving as a great foundation. We hope to influence a positive change in the banking industry with other upcoming projects”.

In Malta, this sector is about to start being regulated and we recently saw the issue of three bills. The first Bill established a new authority that will be certifying technological arrangement in DLT, the second Bill will offer the legal framework through which this can be done while a third Bill will be regulating virtual currencies, ICO, exchanges and related services.

It goes without saying that virtual currencies have become a phenomenon that has reached a mainstream audience.

They have become so ubiquitous that “Bitcoin” has been accepted into the popular vernacular of ordinary people across the world. Will the laudable DAO’s concept follow soon?