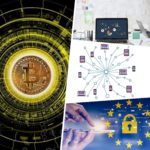 Contract for differences (CFDs) on cryptocurrencies such as Bitcoin, Ethereum and Litecoin have increased in popularity, and this is posing issues for the European Markets Infrastructure Regulation (EMIR) on over-the-counter (OTC) derivatives, central counterparties and trade repositories. For the question of whether cryptocurrencies fall under MiFID II, it is worth noting that they are OTC, being traded on exchanges none of which are registered by the European Securities and Markets Authority (ESMA). However, things are changing quite rapidly and one may note the launch of Bitcoin Futures in the United States by CME Group.

As things stand, cryptocurrencies fall within the definition of a currency, but notwithstanding, do not have an accepted ISO 4217 code. The point, however, is that cryptocurrency CFDs could officially become reportable under MiFID II. It is up to the EU regulators to permit authorisation by amending current legislation. The proposed amendments are rumoured to copy frameworks such as Multilateral Trading Facility (MTF) or Organised Trading Facility (OTF). The Financial Conduct Authority (FCA) in the UK published a statement on 6th April 2018 on the requirement for firms offering cryptocurrency derivatives to be authorised’.

On the 13th April, the Malta Financial Services Authority (MFSA) issued a Consultation Paper on the Financial Instrument Test (FIT). The objective of the MFSA’s FIT is to establish how a Digital Technology Ledger (DLT) needs to be categorised within the virtual token (VT) context based on the definition of financial instruments under MiFID. This would fall under the legislator’s proposed Virtual Financial Assets Act (VFAA) which would regulate the realm of virtual currencies and those services falling within that sphere, e.g. Initial Coin Offerings (ICOs). The need to categorise a DLT asset would be that if from the FIT it results to be a virtual financial asset, it would fall under the scope of the VFAA; if it is instead a financial instrument, it would be regulated by the Investment Services Act (ISA).

On the other hand, VTs would not fall under the scope of either of these two pieces of legislation. The MFSA is stating the test applies in two situations: when offering DLTs to the public as an Initial Virtual Financial Asset Offering (that is, a form of ICO), and when a DLT is being intermediated within the Maltese territory. The first step of the test involves establishing if a DLT asset falls within the definition of a VT. At this point, the second step is for a DLT Asset which is not a VT to be matched with the definition of a financial instrument under MiFID. One observes that the additional two financial instruments listed in the Second Schedule of the ISA are excluded for the FIT.

A DLT asset can function as a transferable security, for example shares and bonds, and to fall under the definition of a share. In fact, the MFSA established it would have to possess at least one of the following rights: 1. Participation in the capital of the issuer; 2. Right to receive proceeds from the liquidation of issuer in excess of nominal value; 3. Entry in the register of shareholders.

A DLT asset would qualify as a market instrument if it has a maturity of issuance of not more than 397 days, is not an instrument of payment or a derivative, has a value accurately determinable at any point in time, and gives rise to an obligation to the issuer. In conclusion, the advent of cryptocurrencies is here is stay and we need to regulate and embrace its arrival.