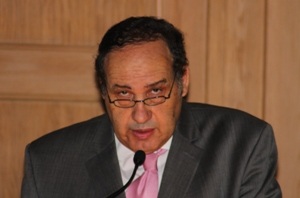 As published in the Malta today on the 5th December 2012

In a February 2011 speech¸ David Cameron the British Prime Minister described the Big Society doctrine as his “absolute passion” and as “a different way of governing¸ a different way of going about trying to change our country for the better”. He identified decentralisation¸ transparency and accountability as three key factors in a redistribution of power from the state to local communities. In brief¸ the concept involves three key elements which comprise Community empowerment¸ opening up public services and social action. Community empowerment means giving local councils and neighbourhoods more power to take decisions and shape their area while it starts enabling voluntary organisations¸ charities¸ social enterprises¸ and employee-owned co-operatives to compete to offer public services and finally encouraging and enabling people to play a more active part in society .This is not a rhetorical question on the chances of getting government on the cheap but a serious concept to trim the cost of governance .It highlights the heavy baggage of financing central and local government plus quangoes and parastatal entities. But who coined the concept of “big society ? Is it relevant to the local scene? With hindsight as we shall see in this article even though devolution of power to local councils started many years ago the success rate achieved calls for retribution. To start with even though sterling efforts were made to privatise a majority of nationalized entities it is an open secret that the public sector is still over manned. This notwithstanding that over the past years been selling our family silver (read privatised firms) on pre- condition that no layoffs are entertained.

It comes as no surprise that some of the entities were sold at a discount with a price tag silently reflecting an over deployment of staff (which were retained by buyer). Fair enough you might say since it was not the worker’s fault that the entity had to be restructured and workforce should not be trimmed down simply to make the enterprise commercially viable. This is not the ideal situation . In truth we have suffered as much as others in the past three years from the onset of a global recession and with a public debt which touches 72% of GDP and a heavy pension deficit which will take a gargantuan effort to plug. Surely our Central Bank governor constantly remind us to start trimming the fat. But the party faithful reject any belt tightening saying that we did not suffer a banking crisis or credit crunch while it is common knowledge that local banks continue to post record profits while the economy in general is only projected to expand by 1.6% next year. Perhaps this paradox can be explained when one realises that personal debt via credit cards (which is very lucrative for banks) has grown rapidly while credit to commercial sector has expanded ¸ with a distinct appetite for shoring-up high added value construction and real estate sectors. But why worry when party acolytes enlighten us that we have achieved a lot since independence seeing the country had to build up an economy from scratch away from its dependence o