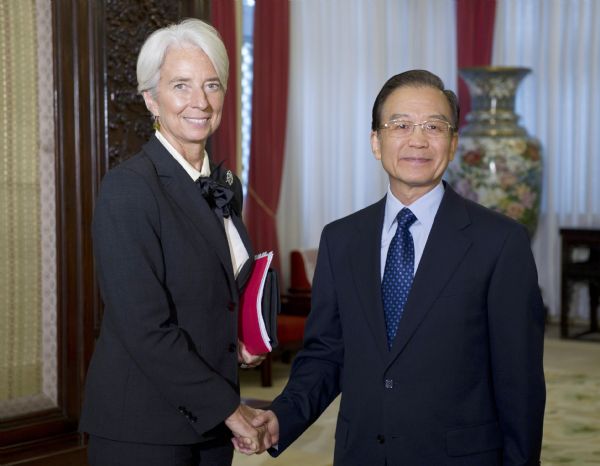 Top Chinese leaders have warned of the dangers of a deteriorating European debt crisis¸ vowing to participate in reforms of the International Monetary Fund (IMF) during a two-day visit to China by the mechanism’s chief¸ Christine Lagarde.

Lagarde¸ who was appointed Managing Director of the IMF in June with China’s support¸ is on her first trip to Beijing after she took office.

“China supports the counter measures taken by the European Union¸ the European Central Bank and the IMF in coping with the sovereign debt crisis¸” Wen said.

The debt crisis¸ which broke out in Greece in 2009¸ is hindering the world economic recovery¸ with particular recent worries in Italy¸ the Eurozone’s third-largest economy¸ and in Portugal and Ireland.

“We hope to work closely with various parties… to preserve international financial stability and beef up confidence and driving force for the world economy¸” Wen said.

The growth of two-way trade between the European Union (EU) and China¸ now the EU’s largest trading partner is slowing due to the crisis.  Read more