As published on The Malta Today on Wednesday 11th December 2013 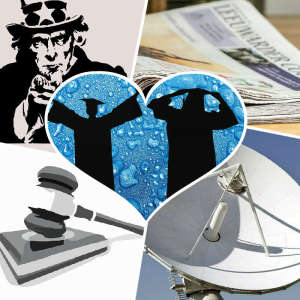 It does not rain but pours for the Central Bank nowadays¸ where its procurement division is concerned.

Apparently¸ the Deputy Governor (DG) was worried about my articles in the papers complaining about lack of probity in issue of tenders. Rumour has it that he got his knickers in a twist over the way the statistics office had to rebuild a massive database and a new software system because it was beyond repair. Hefty consultancy fees are being paid¸ to comply with the wish of changing the whole IT system called IBGL. It’s another  project involving millions of money.

Back to the database debacle¸ which occurred when in an sudden effort to rebuild precious data¸ the CBM worked in tandem with consultants from Banca D’Italia. The job was rumoured to have been secured for free by the omnipotent Policy Advisory Committee (the powerhouse driven by the deputy governor). Everyone was expecting the job would be done pro bono. They believed that this is free of charge since after all their counterparts form part of the Eurosystem.

As happens in most commercial arenas there is never a free lunch… an invoice for about €3 million was mailed much to the chagrin of the deputy governor (the ‘doing more with less’ mantra has not yet invaded the CBM). Surely¸ strict procurement rules of such a noble institution precluded the direct order of such a massive contract without a call for tenders.

The internal auditors raised the alarm¸ more so when this was given as a direct order by the DG. Perhaps a solution will be to slice the invoice in many parts so as to go under the radar¸ and everyone would be happy and no sweat at a time when Christmas is approaching. An urgent trip to Banca D’Italia is not excluded. Still¸ wonders can happen¸ such as treating the charge on a cost-recovery basis.

In a previous article I wrote of a tender given for the second time to a firm which employs the DG’s wife. Tender No 4/2013¸ ‘Survey on Household Finance and Consumption in Malta’ was issued by the Central Bank of Malta in June 2013. The procurement department received three bids but finally decided to award the tender to EMCS at three times the cheapest bid (€93¸263) without a justified reason for refusal to the cheapest bidder (€37¸000).

The Central Bank does not have an independent appeal structure as is customary at the Director of Contracts. It therefore appointed a retired manager to hear the two sides¸ but never informed the said manager with the price and conviction that EMCS won the tender. One can judge how impartial this ex-employee can be when he is paid by CBM itself!

The SME at first refused to meet the delegate¸ yet it had no choice but to repeat its grievances to this manager who confessed that he was not informed of the rankings given to EMCS¸ and so could not understand how the choice was made at three times the cheapest bid. The SME has in the meantime written under protest to the Director- General of the European