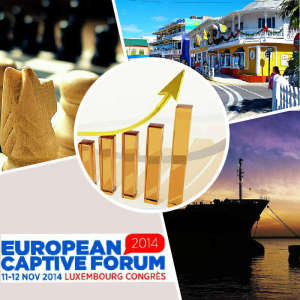 So far with its respectable number of 68 insurance companies¸ Malta is pushing ahead to attract quality not quantity but of course the numbers are important.

Delegates from PKF Malta shall shortly be attending the opening of a two-day European Captive Forum conference. It is planned for next month and is taking place from on 11-12th November at the Luxembourg Congres¸ Luxembourg.

This brings together Europe’s prime captive insurance and risk management professionals for two days of world-class networking and industry. Undoubtedly it is Luxembourg’s leading insurance event and is attended by leading risk managers offering a number of jurisdictions an opportunity to showcase their domicile¸ hoping to attract captive owners by giving presentations¸ case studies and unique selling points expertly discussed in various panels.

Delegates will this year hear the latest on a hot topic – the challenges facing captive insurance managers with the arrival of Solvency 11 regulation expected to start by January 1¸ 2016. One may well ask with so much competition what can Malta offer in this sector which sets it apart from other offshore centres such as the Isle of Man¸ Channel Islands¸ Gibraltar and of course Caribbean stalwarts such as Bermuda¸ Barbados and Cayman Islands?

So far with its respectable number of 68 insurance companies¸ Malta is pushing ahead to attract quality not quantity but of course the numbers are important and no effort is to be spared to expand the internal market.

Why are the numbers so modest and what can be done to overcome the challenge to attract more investors. The answer is not easy when considering how FinanceMalta¸ as the organization geared to promote the sector¸ faces tough competition fielded by established jurisdictions¸ more so when attempting to attract international companies seeking an alternative EU jurisdiction traditionally offered by tried and tested places such as Dublin and Guernsey.

Some may reflect how in Malta we have wisely tailored our legislation to be close to that of Guernsey¸ which itself is proud to say that it is the largest European captive domicile with 344 captives in 2103. Next comes Luxembourg which has 225 captives¸ followed closely by the Isle of Man with 125 captives. Practitioners ought not to be discouraged with the numbers above¸ as typically Malta has its own unique selling points – such as being the only EU state to offer comprehensive legislation on both PCC and ICC and lately RICC vehicles.

It is true that Gibraltar is a close second with its citizens enjoying the hybrid status of EU citizens¸ via a special “UK status”¸ and it also offers Protected Cell companies legislation. Nevertheless Malta has gradually and steadily developed into a premier financial centre hosting reputable insurance companies¸ banks and fund /pension administrations. All this is evidenced by a number of Fortune 100 companies which have captives in Malta with numerous compani