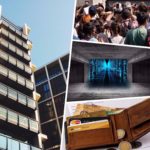 Rating agencies praised Finance Minister Edward Scicluna and the Prime Minister Joseph Muscat for success in navigating the ship of the state in choppy economic waters amid the uncertainty of a faltering Eurozone, the effect of Brexit and the fallout from a devaluing sterling.

The electorate has recently voted the Labour government with a massive margin to re-elect it for another term. This time the top economic pillars of the economy are all closeted under the auspices of the Office of the Prime Minister aided by two young and energetic parliamentary secretaries.

The Holy Grail is jealously guarded by Silvio Schembri, a relatively young economist who proudly displays his talents in conferences promising to safeguard the future of the fledgling iGaming sector, not to mention the financial services sector itself beleaguered under the harsh Panama and razor-sharp criticism in Malta Files.

If this gargantuan load is not enough the prime minister also showered Schembri with oversight for Fintech, Blockchain, digital economy and finally the Cinderella of the lot – innovation.

One can admire our latter-day Atlas who is holding the sky on his shoulders and wish him well. But good wishes alone may not be enough to bring in the bacon.

During the first term of government Labour worked miracles by restructuring the ailing Enemalta (a government utility plant) by converting it to run on gas as previously it used corrosive heavy fuel oil. The economy in general benefitted from a 25% across the board reduction in electricity tariffs yet the Chamber of Commerce thinks that another cut is overdue.

With hindsight, hands on heart we can concur that such measures increased consumers’ purchasing power and boosted business competitiveness.

The economy grew three times faster than the EU average and in 2016 registered not another deficit but a cool surplus of €100 million. All this bounty registered notwithstanding extra tax cuts on personal income and increases in pensions and welfare handouts.

While comparisons can be odious one cannot forget to compare and contrast the Opposition style of government where for a long period it embraced a policy of money – no-problem.  Live for today and our children will see to the future.  The national debt at its highest peak in 2012 under the Conservative rule exceeded the Maastricht criteria and the Commission was about to invoke an Excessive Deficit Mechanism.

But the Delia/Said duo (next Sunday – one of them will be crowned leader of opposition) disagree. They attribute the secret of our economic miracle in four short years due exclusively to an increase in tourist arrivals and the low price of oil.  Even so, Malta registered an impressive 6.5% real growth in GDP yet none of the Med countries have reached such heights.

On a patronising note, the Opposition duo conclude that the economy is fragile and can be compared to the spurious success of an Olympic athlete who won gold yet he or she must never rest on its laurels.  Thus they harp on that only diversification can be the elixir which guarantees continued success and so far there was little or no effort in this direction – apart from the IIP scheme (the latter boycotted by the Simon Busuttil caretaker Opposition leader).

Delia proposes inter alia that our manufacturing sector cannot survive without a healthy Innovation ecosystem. Investment is a mere 0.7% of GDP when we pledged to fork out four times that sum – as in biblical terms the spirit is willing but the body is weak.

Therefore in Delia/Said’s collective wisdom, the economic success is only paper-thin as pitfalls can be found in every corner.  As can be expected from aspirants waiting to be selected to patronize the gilded chair for an Opposition leader – they wax lyrical that government has not concentrated enough on encouraging and identifying new and sustainable forms of economic stimulus.

The all-embracing ministry at OPM is an oxymoron yet the finance minister has announced the antidote to the problems of robust growth and this consists of heavy investment in better waste management, more cleanliness, upgrading the frail road infrastructure and combatting the phenomenon of rent inflation. The 2018 budget will act as the enzyme in the petri dish to facilitate faster reactions among economic agents to restore equilibrium.

The effect of gentrification has mutated while landlords rub their hands with glee seeing the rental income escalate mainly due to renting of modern apartments to ex-pats working in the lucrative iGaming sectors. All this combined with a welcome rise in standard of living when unprecedented cash in circulation has been funneled by speculators to splash their egos in building dreadful concrete and glass units in the ‘El Dorado’ Paceville area.

This building frenzy came under heavy attack from environmentalists and Church authorities lamenting that confidence in Dubai-ification can only be wanton greed which will end up to the ruination of our traditional core values and way of life. Another fly in the ointment is the recurring case of poor governance particularly resulting from the Panama Papers contrasted with allegations that one of the contenders in the running for Opposition leadership race has been aiding and abetting a client who was heavily involved in an illegal prostitution racket in Soho.

Sceptics retort that we are fighting windmills by painting a fairy tale picture that the economy is strong but deep down its foundations are weak. At this juncture, can we assess if really and truly our economy is firing on all cylinders or on the contrary its latent fragility is simply an exercise in spin and mirrors to paper the cracks.

Our growth potential has been highlighted by the favourable upgrades in ratings by Standard and Poor’s agency.  The Fitch credit agency also elevated our ranking based on government policy to gradually reduce the debt ratio to below the 60 per cent of GDP.

Naturally the proof of the pudding is the healthy and steady improvement in unemployment rate which has been decreasing from 5.8 per cent in 2014 to under 4.0 per cent in 2017. Moreover, Eurostat, showed that Malta compared to EU members recorded the lowest youth unemployment except for Germany and Luxembourg.

In my opinion, the most important challenge facing the country is not lack of diversification or perceived low corporate governance but the need for an innovation ecosystem which has been ignored and left to languish for ages.

To achieve this, our universities and colleges need higher funding to encourage the small cohort of PhD graduates to increase and multiply. Having a mere 30 PhD graduating annually will not be sufficient to populate an ecosystem.

Regardless of our tribulations and weaknesses, may we praise the Lord for showering on us a cornucopia of delights, the fruits of our rich harvest, may we pray that the 2018 budget will take effective measures to distribute more benefits to those persons who for some reason or another have fallen or are about to slide into the poverty trap.