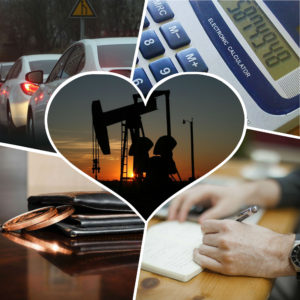 The new Budget came across under the cloak of a social mandate in full throttle. Indeed, this is immediately visible through the introduction of a tax exemption for pension income under €13,000.

Various new measures including new yearly allowances have been introduced aimed at reducing the number of persons on the poverty line, specifically assisting working single parents who are low-earners, as well as married couples and women who do not qualify for a pension, minimum wage earners as well as recipients of a minimum pension. Moreover, the rent subsidy offered to vulnerable families has been expanded to target 2,800 families, double the former figure.

Besides continuing to offer subsidies of use of carers for the elderly living alone, there is also a noticeable mood incline towards promoting a culture where the elderly are cared for by their own family, to alleviate some of the increasing demand for homes for the elderly. An interesting allocation of €90 per week to married persons who take in their parents has been published, which at under €5,000 annually would certainly be a welcome addition.

The oil and gas industry has received subtle reference as the setting up of a national oil company (NOC) albeit briefly mentioned. This announcement comes in tandem with reference to the actualisation of Malta as a maritime project to be spearheaded by Able Care Oilfield Services Holdings Limited who during 2015 were awarded the tender by the government to rehabilitate the ex-Marsa Shipbuilding site into a maritime hub under promise to inject €55 million in investments over the next decade.  Amongst services to be offered by the novel hub are included rig repair and re-certification, storage facilities for machine and equipment, as well as tailored logistical assistance to entities active in the exploration of the oil sector.  The NOC could be viewed as a cherry on the cake that is this new hub, and certainly a much awaited prospect by some foreign investors.

A key player of next year’s budget is a clear focus on Betterment of Accessibility to Finance for SMEs via the Malta Stock Exchange (MSE) and alternative trading platforms such as Prospects.

In view of this, MSE’s initiative introduced earlier this year, Prospects, a novel capital markets platform targeted at small and medium-sized enterprises (SMEs) looking to raise between 3 and 5 million euros, is very commendable in this respect.  PKF Malta has, over the last months, introduced the concept to various clients seeking alternative financing for innovation and is happy to report positive progress on the explored opportunities of Prospects. The 2017 Budget has announced a new tax credit for Investors in such alternatively listed SMEs to further boost Prospects, of up to €250,000 annually as well as an exemption from capital gains tax on the sale of shares held prior to being so listed.

In parallel to this comes this Budget’s exciting announcement of Malta’s first international accelerator for start-ups, aimed at attracting foreign investors to support innovation based locally and help the same expand and raise funds. South Korea launched its own first international accelerator in May 2016 focused on gaming, finance, bio-tech, software, and information and communication tech .

Malta appears geared up to position itself as a potential innovation centre, especially where tech is concerned, and the new tax credit offering of up to 30% on expenditure to game developers with a cultural theme is surely another feather in our cap. Local Start-Ups (turnover not exceeding €80,000) incorporated by recent graduates will also benefit from new exemptions from audit requirements for the first two years or alternatively, a tax credit of 120% on audit fees capped to €700.

This also greatly complements the recent announcement of August 2016, when the European Commission gave its green light for the creation of the Malta Development Bank (MDB) after this was found to be in harmony with EU State aid rules. Within the parameters of these rules, as a form of National Promotional Bank (NPB), the MDB will step in when the private market fails to provide adequate financing to certain lines of business, categories of clients or types of enterprises that meet the bank’s social and economic mission, or, if such financing is available, it is not offered at normal market terms and is not appropriate to reach the bank’s purpose.

Mention of a sub-seabed tunnel between Malta and its sister island was also included, as geological assessments are indicated as scheduled for 2017.

Addressing a sensitive hot potato topic that is mobility on the roads, a tax deduction has been introduced to incentivise employers to provide free transport to employees, on 150% of the expenditure and capped at €35,000 per annum. A positive touch was to offer free public transport for one year to all new youth of driving age (capped at €312 per youth), in an attempt to defer the influx of a further year’s volume of new drivers onto the roads, and simultaneously also reduce the risk of accidents indirectly.

The impact of newly introduced excise duties immediately indicate that Malta is positioning itself to be pro-green, with eco-friendly measures that promote sustainable development of the environment that will ultimately benefit future generations. This can be seen through the introduction of excise tax on certain non-biodegradable products, as well as the introduction of a new tax on materials used in construction projects that will in turn be used to partly fund environmental projects hence coming full circle.

Among the fiscal considerations included in the Budget, a striking element is the introduction of a newly set up anti-tax evasion task force. Having on its first agenda the mitigation of irregular employment, undeclared income from rental property and unfair competition of imports and acquisitions sets it on a promising course that will certainly be very conducive to upping Malta’s profile as being a vigilant and proactive EU Member state. This in terms of increasing pressures from the European Commission through anti-avoidance measures such as Base Erosion and Profit Shifting (BEPS) which in the last year seemed to hint towards a potential revamp of Malta’s imputation tax system being in the pipeline, owing to parts of the same potentially being caught within the BEPS definition of a ‘hybrid instrument’, used to assist in tax avoidance.

A further €65 million has been annotated as investment promise by Enemed in the removal of its storage facilities at Has Saptan, including the building of a new filling station and betterment of jet oil storage at the airport. Notably also, the proposal for a gas pipeline linking Malta and Gela in Sicily is still under evaluation.

Last though not least, the education institution ITS is also set for grandeur in 2017 as the €56 million relocation project to Smart City has received the stamp of approval. Moreover, €400,000 is being allocated for use by teachers applying for a sabbatical year in order to further their studies, fashioning a commendable incentive towards life-long learning which has been a governmental objective spurred by both the Education and Social ministries of the current administration. Addressing unemployed youth in Malta is also a highlight marker that has been allocated to Jobs+ and the Work Programme Initiative’s portfolio. In conclusion a social budget that has a number of positive aspects for all but in particular helping the low income earners now supported by a €4 increase per week.