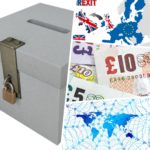 The BBC announced on Monday that the UK Labour leader speaking in Coventry is now proposing to seek a final deal that gives full access to European markets and tries to maintain the benefits of the customs union and Single Market. Jeremy Corbyn made a direct appeal to MPs of all parties to “put the people’s interests before ideological fantasies” and support his vision of a new “bespoke” customs union with the EU.

In his words this comes with no new impediments to trade and no reduction in rights, standards and protections. Corbyn argues that the UK needs a customs union as a viable option for the final deal to give it a say on future trade deals and give reassurance to British businesses with trading links to the continent.

Carolyn Fairbairn, the CBI director general agrees with a customs union. She said that it would “put jobs and living standards first by remaining in a close economic relationship with the EU”, although she questioned Labour’s skewed view on re-nationalisation. Stephen Martin, the director general of the Institute of Directors, said Labour had “widened the debate” and manufacturers would be particularly pleased that a customs union was staying on the table.

However, in his opinion there were no easy solutions and it was hard to see the EU extending its trade agreements to a sizeable non-member state without revising treaties.

All this does not synchronise with Theresa May’s own creed which talks against a customs union and leaving the Single Market once out of the EU – meaning a hard Brexit. This option does not avoid a hard border in Northern Ireland. So now the Rubicon has been crossed and Labour has declared that it respects the result of the referendum but it in its own rhetoric – it will not support any deal that would do lasting damage to jobs, rights and living standards.

This is quite a challenge for the Tory party which lost its parliamentary majority last year and stays in power under a shaky coalition with a small right-wing party in Northern Ireland. Will this set the tone for Tory rebels to defeat Theresa May and challenge her for an election before March 2019? Only time will tell but certainly the mood among Leavers in Westminster is feisty. Labour is hedging its bets on a softer Brexit which while honouring the June referendum mandate will hopefully offer damage control particularly on the massive services industry in London and manufacturing jobs (eg: car industry supports 169,000 jobs).

The other side of the coin shows a strong opinion to stay out of customs union held by the International Trade Secretary Liam Fox. He wants the UK to be able to negotiate its own trade deals with other countries, such as China and the US. His stiff opposition to a customs union is also based on his view that Britain can only enter into new trade agreements together with the other members countries if it is free from the European union. In this regard the Tories favour a similar EU accord which it signed with Turkey.

The problem with the deal signed between the EU and Turkey is that it only covers industrial goods, but not coal, steel, agricultural goods and services.

Another option is to use the Swiss version. Here the Swiss have agreed to follow many EU rules and, in the process, Switzerland cut the number of customs checks on its borders with EU countries, relying mostly on risk-based spot tests.

Labour conversely argues that as a member of a customs union, Britain has more clout to negotiate better agreements. What is a customs union and why is it important for UK to sign one? The answer is simple – a customs union is a group of countries that have decided to make trade easier among them by dropping customs checks within the union and charging the same import duties on the group’s external borders.

Such a union requires a large amount of coordination, because members within the group have to agree on a common trade policy, including whom to strike deals with, and when to set anti-dumping and retaliatory tariffs. In practice, it is normal to find that active and successful customs unions usually prosper between countries that have reached a similar level of economic development.

The EU customs union is itself the result of various efforts that have culminated in agreements spread over a 50-year-old journey arising from discussions between homogeneous member states. Its adherents say that it facilitates free trade by ensuring all members charge the same import tariffs to countries outside the union. For example, Argentina, Brazil, Paraguay and Uruguay all charge a duty on imports of 35 percent on any cars coming into their Mercosur bloc. Many agree that it is not an easy agreement to reach and can take UK a number of years after it exits EU. It needs patience and trust to function.

This is because a country inside the group, say Germany, needs to trust the other member countries, say Italy and Spain, that their customs procedures and officers will be just as thorough as Germany. Hard Brexiteers say that it is no big deal to reach mutual agreements outside EU starting with India, China and USA but in practice it takes time to agree on a common trade policy, such as deciding with whom to strike deals, and when to set anti-dumping and retaliatory tariffs.

Under a hard Brexit some contend that Britain’s export of services and products may face a lull until the flow of business gains momentum ending with an unpleasant drop in GDP.

There are other options as the UK could negotiate a free trade deal with the EU, as Canada (CETA) has recently done which means it would secure access to the Single Market to sell its products but would not be part of it – that means, it would not have to sign up to free movement of people.

In conclusion, only time will tell if Labour will manage to persuade Tory rebels to force a snap election and, if elected, seek a new deal that gives full access to European markets which would retain the trade advantages under the customs union.