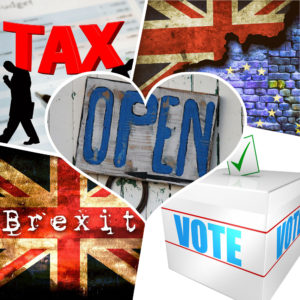 The dust is setting after the UK EU referendum and speculations are starting to emerge on the future impact the vote to leave will have on the UK tax system.  Harmonisation of tax legislation across the EU member states has been a 40-year evolution and EU-driven tax measures now form part of the UK’s tax legislation.

The greatest impact is expected to be on indirect taxes.  Customs duty is almost entirely governed by EU law and the UK will need to introduce UK domestic law to replace it.

The UK already has VAT legislation which incorporates EU VAT law.  Brexit won’t cause the UK legislation implementing the VAT Directives to automatically fall away but may free the UK from the requirement to comply with the VAT directives and VAT decisions made by the EU courts.  Direct tax is less likely to be affected although the ongoing benefit of important EU Directives may have implications for some taxpayers. These include the Parent-Subsidiary Directive (elimination of withholding tax on dividends between Member States) and the EU Interest and Royalties Directive (elimination of withholding tax on such payments).

Commenting about these changes, accountancy network PKF International said that “The UK is entering a period of significant change as a result of both Brexit and a change in Prime Minister. The UK government is committed to maintain good relationships with its EU neighbours, while remaining attractive to businesses. We expect future tax policy to be shaped by the UK government’s desire to remain competitive and expect boosts such as the proposed reduction of the corporation tax rate from 20 per cent to 15 per cent”.